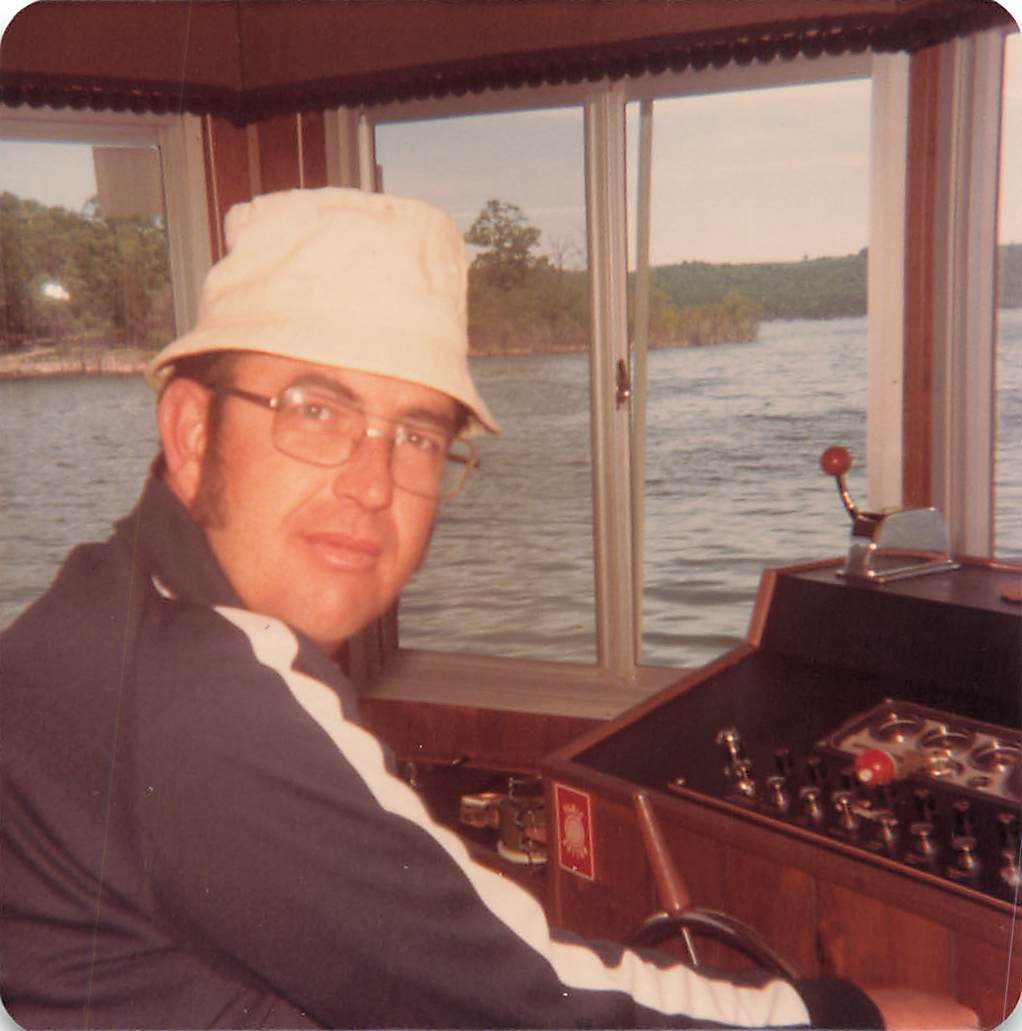 Gerry Lee Deck 79, Springfield, MO. passed away peacefully with his granddaughter holding his hand Saturday, January 4, 2020, after a long illness. He was born in Springfield, MO. on January 21, 1940, to Max and Irene Deck. He graduated from Central High School and attended Drury College. Gerry served his country in both the United States Army and the United States Air Force as an engineer. He was the owner operator of Miracle Storage East and Miracle Men Services, as well as other entrepreneurial businesses with his son, Matt. Gerry had a very inventive mind and loved his work.
Even as a child he loved cars. At 12 years old he built a perfectly designed soap box derby car. Gerry especially loved Stock Car racing, he built stock cars and engines for Ferris Collier and Larry Phillips. Over the years, he served on several pit crews. He also taught Auto Mechanics at Vo-Tech, now O.T.C. He loved boating on the lake, where he shared many hours with friends and family. He owned and piloted his plane. Gerry was a 42nd Degree Mason and a member of the Abou Ben Adhem Shrine, where he was a member of the Board of Directors.
Gerry was a man of strong faith. He taught Sunday School, was a head usher, and he was on the budget and finance committee at Wesley United Methodist Church. He was currently a member of South Haven Baptist Church, where he was an active member of the Wedgeworth Sunday School class. Gerry instilled his faith in his grandchildren, whom he loved dearly. His favorite book in the Bible, was Job Ch.37:5, “God's voice is glorious in the thunder. We can't even imagine the greatness of his power”
Gerry is preceded in death by his parents, two great-grandchildren, Abram and Benjamin Smith; two brothers, Kenneth Deck and Rex Rymer. He is survived by his loving wife of 48 years, Anna (Sweet Annie); one son, Matt Flint and his wife, Elaine; three grandchildren, Angela Way (Rob), Matthew Flint II, and Anna Marie Smith (Daniel) nine great-grandchildren: Robby (Halle) , Simeon, Emma, Elizabeth, Axel, Abby, Nathan, Danny, and Cason, and special cousin, Nancy Gerhardy.
Funeral Services will be held at 3:00 p.m. on Thursday, January 9, 2020 at Greenlawn Funeral Home North. A visitation will be held at 2:00 p.m. prior to the service. Interment will take place at Greenlawn Memorial Gardens following the funeral service.
In lieu of flowers, memorial donations may be made to the American Lung Association, 55 West Wacker Drive, Suite 1150, Chicago, IL 60601 or by calling 1-800-LUNGUSA.
The family would also like to give a special thank you to the nursing staff at Cox Medical Center South.