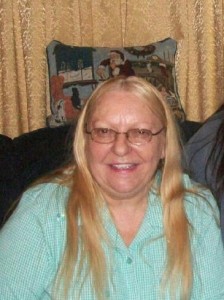 Ginger Herbert Smith, born January 4, 1953 in Bolivar, Missouri passed to a higher plane on April 7, 2016. She attended Bolivar High School, SBU, Mid-Am Business College and received a degree in Business Management from MU-Columbia. Ginger worked in sales as an insurance agent, accounting manager and personal consultant, advertising executive, trainer, and training methods developer and supervisor. Ginger later opened “Journey of Visions,” featuring authentic hand crafted Native American artifacts. She retired in 2002.
Ginger was preceded in death by her parents, Lawrence and Mildred Herbert, and a sister, Pat Morelock, and brothers, Lee Allen and Keith. She is survived by her son, Kenneth “Shane” Smith; sisters, Donna Slagle and Dana Frank and families of Springfield; brothers, Larry and Ron Herbert and families of Bolivar and many nieces, nephews, family and friends.
A celebration of Ginger’s life will be held at a later date for all who loved her.