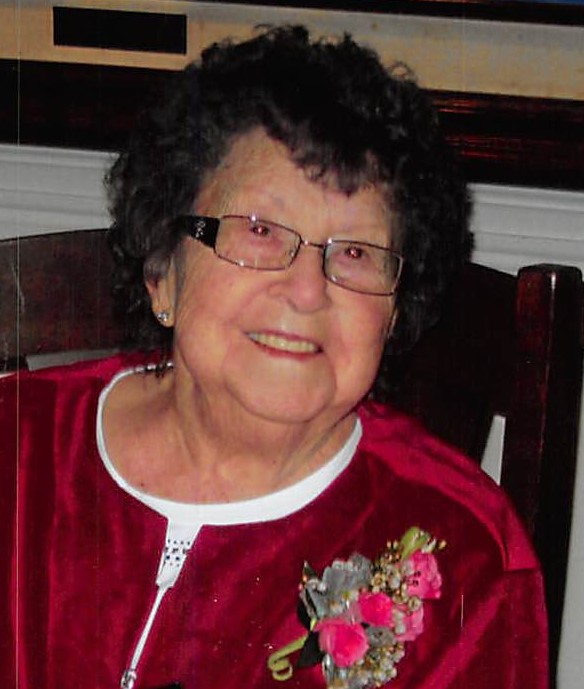 Rev. Pope pastored congregations in Missouri and Minnesota.  Goldie said God blessed her with friends wherever she went.  She gave her heart to Jesus at an early age.  Throughout her life she served others.   She and her sister and brothers sang and played instruments for church services.  The joy of music continued throughout her life.

She was united in marriage to James Lohse in 1949.  They farmed in the Fairmont area for many years while both had second jobs. She worked at Stokley Van Camp in the HR department and Montgomery Wards as a office manager until they closed the stores.  She also worked as a office manager for the government construction of housing and Rosen’s diversified. James and Goldie had four children Vicki, Charles, Pamela, and James.

Her parents chose the perfect name for her.  She was full of love, compassion, and wisdom.  She enjoyed visits from friends and family.  Visits included food, fellowship, and playing cards or board games.  She had the gift of hospitality, making everyone feel special.  She saw beauty in the world around her.

She was preceded in death by her parents, husband, sisters Irene and Mildred, brother Edward and son in law Clyde.

Services will be at Lakeview Funeral Home, Fairmont, Minnesota on Thursday, November 19, 2020 at 2:00 p.m.  Visitation prior to service at 1:00 p.m.  Burial will be in the Sherburn City Cemetery, Sherburn, Minnesota.