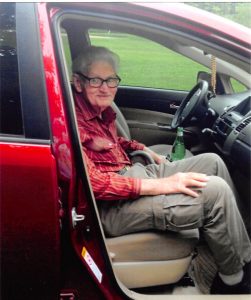 Harley Gene Skinner died unexpectedly in Ash Grove on Friday, July 15th, at the age of 90. Harley is survived by son’s Monte, of Springfield, and Mike, of Pleasant Hope. He is preceded in death by his parents Bob and Ivy Skinner, his brothers, Burt, Jack, and Rex, his sister, Sybil Hosman, and his loving wife, JoAnna. Harley was born on October 15, 1925 in Corkery, MO to Bob and Ivy Skinner. Harley joined the Navy after his junior year in high school, and eventually went on to retire from the US Air Force. Harley completed his GED and four years later, thanks to the GI bill, he earned a Bachelor’s degree. He married JoAnna Peters, a high school friend of his sister, Sybil, on June 1, 1947. After moving to Willard, Harley began working with Jo’s father at the family’s Monument Shop before moving to Stockton, CA, to work for the railroad. The couple welcomed two boys into their home and Harley set about showing them the world as the family traveled for Harley’s military assignments. Harley was an accomplished diesel mechanic and was often called upon to travel to help his friends and neighbors keep their equipment running. He was a generous individual who loved his family and who was passionate about his military service. He was an active and dedicated member of the Willard Community Christian Church and often volunteered to help anyone at any chance. A visitation is scheduled for July 23, 2016, 9:00am, at Greenlawn Funeral Home North, with a funeral service to follow at 10:00am. Reverend Dakota Rush will officiate the service. All are welcome to attend and celebrate Harley’s life. His niece, Terri Hughes, would like to thank the wonderful staff at the Ash Grove Care Center for their dedication and selflessness, and Mark and Kathy Burk, for their amazing support and friendship of Harley.