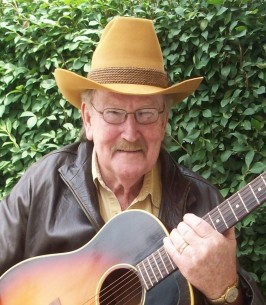 Harley Leon Clements passed away peacefully in Springfield, Missouri on February 21st, 2020 at the age of 82. His Memorial Service will be on Wednesday, February 26th, 2020 at 1pm with Visitation from 11am to 1pm at Greenlawn Funeral Home East at 3540 E Seminole St, Springfield, MO 65809.
Harley was born on January 14, 1938 in Bixby, Missouri and was preceded in death by his father George Clements, mother Bessie Clements, brother Cleo Clements and Sisters Alberta Payne and Faye Rowe. He is survived by his loving wife, Della Clements of Springfield, MO, brother Kenneth Clements of St. Louis, MO and sister Melba Cozine of DeSoto, MO. He also leaves behind 3 children, 10 grandchildren, and 5 great-grandchildren including his daughter Lori Clements who is the mother of four: Joshua Lowrey (wife Angela Masey Lowrey, daughter Leighton), Jordan Lowrey (sons Alex and Mason), Jennifer Padrutt (husband Ian Padrutt, son Johnathan), and Jessica Cochran (husband Oliver Cochran and son Brody). His son Bruce Clements (wife Stacey Clements) are parents to four of his grandsons in Austin Texas: Brandon Evans-Clements (wife Masyn), Brett Clements, Brock Clements, and Bryce Clements. His Step-Daughter, Dana Clark Fletcher of Springfield, MO is the mother of two step granddaughters Tiffany Nicole and Baylee.
Harley graduated from Lesterville High School in Lesterville, MO in 1956. He was honored for serving over 50 years as part of the Freemasons and served seven years in the Missouri Army National Guard. Most of his professional life was dedicated to music. He was a Country Music singer and guitar player who most notably performed with the Plummer Family Country Music Show, in Branson, MO, for over 20 years. He was often compared in his tone and style to Country music great, Marty Robbins. He was inducted into the Ozarks Music Hall of Fame on November 2nd 1987.
Services for harley will be at 1:00 pm Wednesday, February 26, 2020 at Greenlawn Funeral Home East. Interment will follow at Omaha Cemetery Omaha, Arkansas. Visitation will be from 11:00 am to 1:00 pm Wednesday prior to the service.