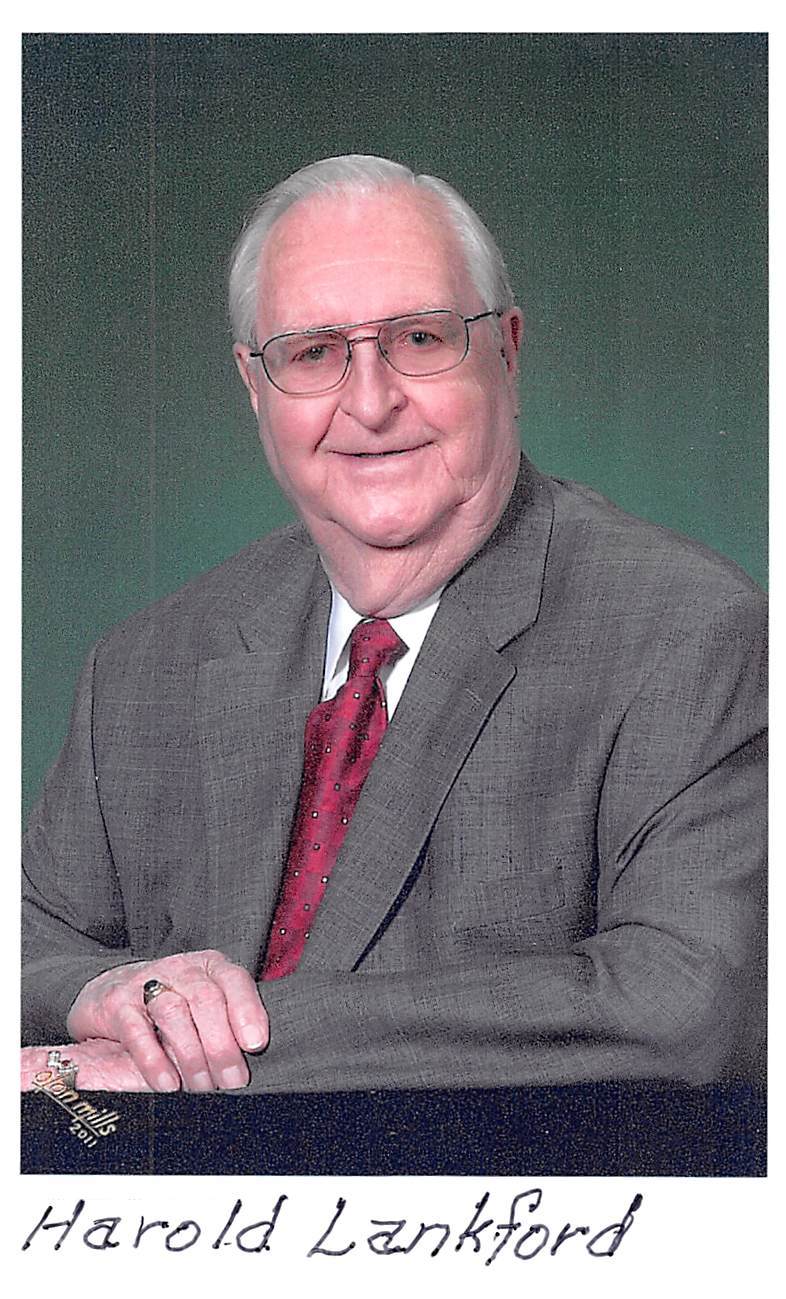 Harold Lankford, 93, of Springfield passed away February 4, 2020 at Cox Medical Center South.
Harold was born April 30, 1926, the youngest of six children of John “Frank” and Ina Cecil (Bruce) Lankford. Harold and several of his brothers and sisters, as well as his father were born on the old Lankford homestead in Elkhart Township, just southwest of Adrian MO. Harold attended school and graduated from Butler High (Missouri) in May 1944. Harold enlisted in the US Navy, as an aviation cadet and served in the South Pacific before the end of World War II. He married Pauline I. (Martin) on January 4, 1946, while still serving the last few months in the service. He was Honorably Discharged on June 20, 1946. Harold entered the Design Engineering occupation, and spent his entire career there. He worked for Frank Horton & Company in Lamar, MO, Melpar Inc in Arlington, VA, and McDonnell Aircraft in St. Louis, where he attended Washington University. He worked on aircraft design, the first manned US spacecrafts, and then missiles. He retired after 35 years at McDonnell- Douglas (St; Louis) in May 1990 as a Senior Manager. He and Pauline traveled extensively including seven countries in Europe, Mexico, Canada, Hawaii, and all of the states except Alaska and Maine. They moved to Springfield, MO, to be close to family in 2004.
Harold was baptized in the Baptist Religion at the age of 13 and attended many local churches, until he and Pauline joined the United Methodist Church in Manchester, MO. He and Pauline are members of Wesley United Methodist Church, and are active in the LEO (Life’s Enrichment Opportunities) program.
Harold is survived by his wife Pauline; daughter, Carol E. (Brent) Swick, of Franklin, TN; son, Paul M. (Meschiel) Lankford, Republic, MO; five grandchildren; numerous great- grandchildren; and a host of family and friends.
A celebration of Harold’s life will be held at 11 am, Tuesday, February 11, 2020 at Wesley United Methodist Church. The family will receive friends from 10-11 am at the church. Interment will be at 3:30 pm, Tuesday at Oak Hill Cemetery, Butler, MO. Memorial contributions may be made in Harold’s memory to the American Heart Association. Arrangements have been entrusted to Greenlawn South Funeral Home.