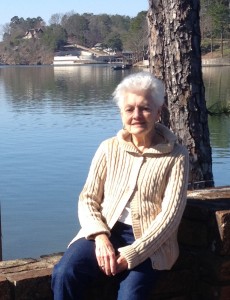 Helen “Polly” Still passed away Friday, August 21, 2015 in Mount Ida, AR. She was born August 2, 1925 in Iron County, MO to John Duval and Zella Augusta (Russell) Pollock.
She was preceded in death by her parents, her husband Herman R. Still, one sister, Nancy Knapczyk and a brother Robert Pollock. Helen is survived by her son Robert Mark Still and his wife Suzy, her daughter Robin Anderson and her husband Robert, three grandchildren: Robert Anderson III and his wife Mara, Patricia Freeman and her husband Jeremy and Michael Still, three great-grandchildren: Sasha, Jadyn and Bradley, three sisters: Lorene Capelli, Ruth Rogel and Sue Amstutz and a brother Jack Pollock.
Graveside services will be Wednesday, August 26, 2015 at 11:00 am in Greenlawn Memorial Gardens. Memorial contributions may be made to your favorite charity.