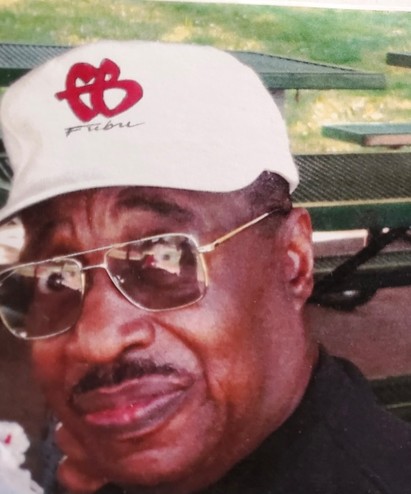 Clay was born in Henderson Kentucky Aug. 31st, 1937 to Adella Whitlock and Henry Clay Walker Sr., after graduating he went into the Air Force where he served 4 years. After Honorably discharging from service he married his first wife; and of that union was a son, Felix Derousselle, of Oklahoma City.

Clay moved to Springfield in 1987, after moving here from Pittsburg, KS. and he was introduced to the love of his life Mary Jean Lewis. And they were united in marriage in 1990, until her passing in June of 2004. Clay worked for the Kansas City Southern Railroad and retired in 2000. He enjoyed fishing, and spending time with his closest friends. He enjoyed sharing stories, reading, and sitting on his front porch watching traffic go buy and listening to the police scanner with his dog “Puggy”.

Clay was preceded in death by his parents, his wife Mary Jean Lewis, and one son Hugh V. Ingram and daughter-in-law Barbara. He is survived by one daughter Terrena Ingram and his grandson Devante’ and Timothy Ingram, who took very good care of him in his time of need after the passing of his wife. He is also survived by Preston Ingram (Linda) of Springfield, MO, Freddie Michael Ingram of Inglewood California, Timothy Ingram (Debbie) of Springfield, MO, and Derrick Ingram (Jackie) of Houston, Texas.

Clay had 9 grandchildren, and 3 great grandchildren whom he loved dearly. He had a host of friends who will miss him dearly. He also leaves to mourn his best friend Duke Winkfield, James Wayne, Steven Young, Dick Goodwin, and his sister in law Debra Ramsey, and “Gary the Mechanic”. Clay never met a stranger and was friendly to everyone that he met. He was loved and will be greatly missed.