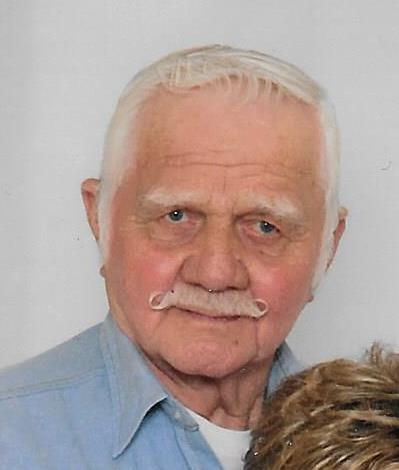 Mr. Herman M. French, age 84 of Bolivar, MO, passed away Saturday, March 23, 2019, in his home. He was born June 16, 1934, in Summersville, MO. He is a US Navy veteran. During most of his working life he drove trucks for a freight delivery company. He was united in marriage to Nadine Odle June 14, 1971.
He is preceded in death by his parents; three brothers: Dan, Paul, and Bill French; and three sisters: Mary Spurlock, Dorothy, and ??.
He is survived by his wife of 47 years Nadine of the home; one son Michael French; three grandchildren; as well as many other relatives and friends.
There will be a private family memorial service at a later date. Online condolences may be made at: www.greenlawnfuneralhome.com. Arrangements have been entrusted to Pitts Chapel Bolivar, MO.