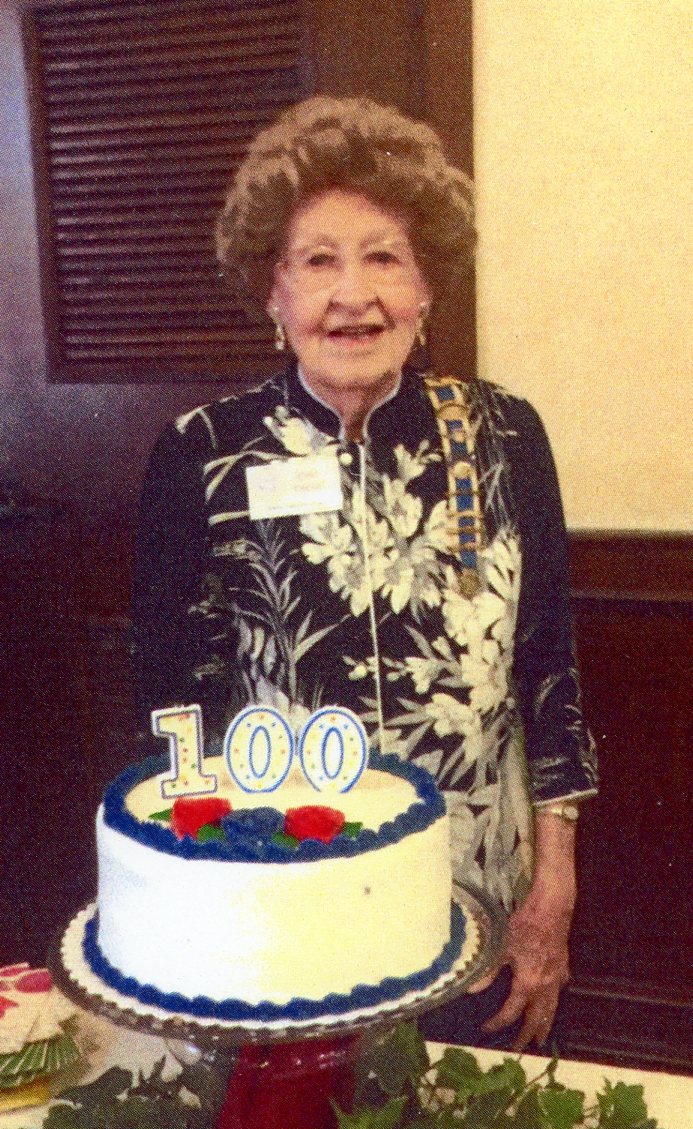 Irene Palmer passed away on Sunday, December 6, 2020 at the age of 103 years. Irene was born in Bismarck, Illinois to Art L. and Nellie Cox Cunningham. In 1937, she united in marriage with the love of her life William Terry Palmer at the First Christian Church by the Rev, Douglas Dickey. Their union was the first wedding in the church.

After living together all over the Midwest (Illinois, Iowa, Arkansas and Missouri), they settled in Springfield in 1974. Mrs. Palmer, a graduate of business school, served as a secretary for the Rogersville Schools and Lincoln, Haseltine, Keet, Forehand Springer law firm. She went on to be a real estate agent with Leo Spradling Company and was an employee for Willard Savage Painting Company for ten years.

Involved in many clubs and organizations (where she often held leadership roles), Irene was Past Regent of Rachel Donelson Chapter of Daughters of the American Revolution; Past Worthy High Priestess of Pleiades Chapter of White Shrine; past mamber of Beta Sigma Phi sorority, Eastern Star, ABWA, and a member of GFWC Sorosis; Ozark Genealogical Society, South Street Christian Church and Christian Women’s Fellowship. Wherever she lived, Irene was active in the church teaching Sunday School classes, singing in the choirs and presenting worship programs.

Her hobbies were traveling, photography, and genealogy. Irene and Terry would present their travels around the world for various art groups and organizations. She was passionate about her family’s history. She researched and wrote over ten branches of her family tree’s history.