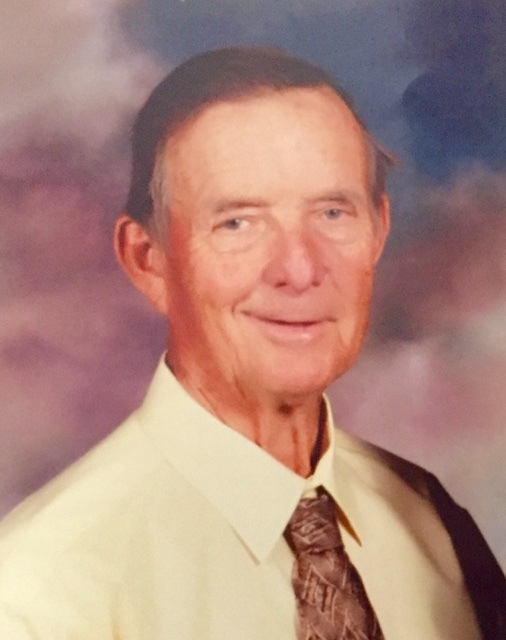 Jack L. Scott, loving husband, devoted father and grandfather, departed this life on February 26, 2019 after a long illness. Jack was born April 2, 1933, in Greene County, to Anna Mae and William F. Scott. Upon graduation from Strafford High School, Jack moved to Wichita, KS, where he received his training as a Tool & Die Maker and Machinist at Boeing Aircraft. He later continued his craft at several local businesses, eventually retiring from Fasco Industries in Ozark. Jack was a Christian and an active member at Macedonia Baptist Church.
Jack was preceded in death by his parents, his brothers: William Franklin and Ralph Edward, his sisters Mary Louise, Velma Margaret, and Willa Mae. Jack is survived by his wife of 62 years, Joan, his son, Ken Scott (Kari) of Willard, Mo. and daughter Anita Lindsey (Scott) of McDonough, GA, grandchildren: Kelsey Rummel (Bradley), Kenley Borths (Dillon) and Tanner Lindsey. He is also survived by his brothers: Elmer Scott (Suzanne) and Jerry Scott (Connie), and sister Lucille Rogers (Ron), sisters-in-law: Jeanine Campbell and Norma Duncan, as well as several nieces, nephews and many friends. Jack will always be loved, remembered and missed.
Funeral services will be at 10:00 a.m. Saturday, March 2, 2019, at Greenlawn Funeral Home North, with burial to follow at Greenlawn Memorial Gardens. Visitation will be Friday evening from 6:00 p.m. to 8:00 p.m.at the funeral home.