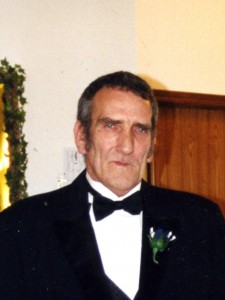 Funeral services for Jackie Laverne Baker age 68 of Reeds Spring, Missouri will be held at 2:00 PM, Friday, March 25, 2016 at the Apostolic Church near Reeds Spring with Pastor Danny Call officiating. Burial will be at a later date. Arrangements are under the direction of Greenlawn Funeral Home in Branson.
He passed away on March 22, 2016 at his home.
He was born on December 22, 1947 in Neosho, Missouri the son of Jack and Bessie Russel Baker. He had only been a resident of the area for a short time. He was a retired sheet rock hanger and dry waller and was of the protestant faith.
Survivors are his wife; Judy Mabin Baker of the home in Reeds Spring, Mo. Nine children; Kimberly McClenahan (Mike) of New Castle, Pa., Greg Leake (Jo) of Stella, Missouri, Clifton Sampson (Christina) of Reeds Spring, David Sampson of Seneca, Mo., Jackie Baker of Seneca, Mo., Jenny Brister (Samuel) of Reeds Spring, Mo., Jerry Baker of Neosho, Missouri, Tim Baker (Sherry) of Anderson, Mo., and Michael Baker of Neosho, Mo. One Brother, Garlin Baker of Wyandotte, Oklahoma, 26 grandchildren and 10 great grandchildren. He was preceded in death by his parents and one sister, Mary Ruth Cowan
Visitation will be held at 1:00 PM until service at 2:00 PM on Friday at the church.