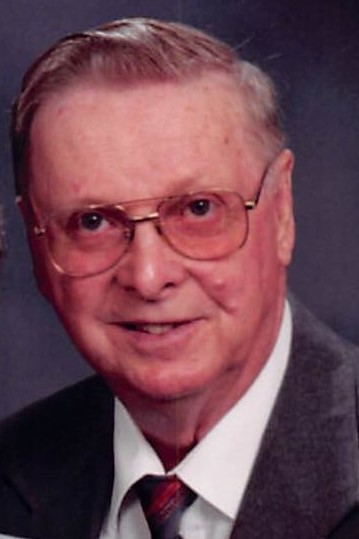 James was raised on a homestead farm where he learned many practical agricultural arts.  He worked as a professional truck driver for over 30 years, delivering milk regionally for Foremost Dairy for much of this time.  Later in life he returned to agriculture and developed cattle farms in the Rogersville area before ultimately retiring to Springfield.

James was a devoted husband, father, and grandfather who lived out the commission to love your neighbor as yourself.  He did not seek attention, but always engaged the person right in front of him in a whimsical and edifying way.  He quietly served as a stabilizing figure in his family and community, focusing on caring and providing for those in his direct charge.

He was proceeded in death by his parents, James and Genevieve Baker, his wife of 60 years, Floretta Baker, brother Bob Baker and his wife Donna, and a host of other family and friends.  He is survived by his children, Jim Baker and wife, Connie, Terry Baker and wife, Nita, Janett DeShields and husband, David, eight grandsons, Brad and wife, Heather, David and wife, Meaghan, Christopher and wife, Kara, Connor, Austin, Jacob, Brian, and Steven, six great-grandchildren, and a beloved extended family.

Visitation for James will be 1:00 – 2:00 p.m. Sunday, June 26, at Greenlawn Funeral Home East with services following at 2:00 p.m. Burial will at Barren Creek Cemetery.