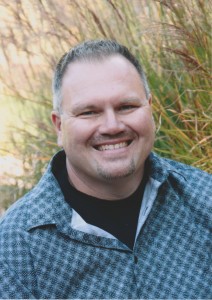 James Eric O’Neal
James Eric O’Neal, age 44, went to be with his Lord and Savior on July 1, 2015 after a valiant fight with colon cancer. He was loved by many, including his wife, Diane Renee Estes O’Neal, his children, Brittany Shay Byrd, Ashley Nichole O’Neal, Brandon Kelly O’Neal, Connor Eric Kennedy, Jackson Kennedy Estes, Courtney Erin O’Neal, and Olivia Katherine Estes; his parents James Earnest and Debora Louise O’Neal; and his siblings Kelly Rosen O’Neal, and his wife Meganne; Aaron Courtland O’Neal, and his wife Christina and their son Henry; and Tiffany Lynn O’Neal, and her partner William Joyner III and their son William Joyner IV. Eric is also survived by his beloved and caring maternal grandmother, Louise Myers of Springfield. Eric also had many aunts, uncles and cousins, too numerous to mention. He loved them all.
Eric was a natural leader and was well respected throughout the business community. He was a fervent man of God, and even in the midst of the adversity of cancer, his unwavering faith was a true testimony of God’s grace, comfort, peace and joy. Eric was a great man with a great heart. He loved completely and undeniably. He was passionate about his God, his family, his politics, and his Cardinals baseball. He was a family man in the truest sense. He was a good son, watching all the sporting events with his dad, Jim, and bantering back and forth about stats and plays in all sports, but the particular favorite was Cardinals baseball. He always kissed his mom goodbye and told her he loved her when he left the house. He was a good brother. The age difference was substantial enough between him and his siblings that he had the pleasure of teaching his brothers Kelly and Aaron how to drive and among many other things, imbuing in them a love and appreciation for professional wrestling, while always being fiercely protective and gently teasing of his little sister Tiffany. He loved being an uncle and loved William and Henry very much. He was a great father, loving seven children as if they were each the only child in his life. He had a special bond with all of them, each uniquely their own. Eric considered being a dad as his most important and rewarding job of this life. He did it beautifully, completely, and passionately. He made sure every child felt his presence, his unconditional love, and his guidance. His fatherly lectures were what legends are made of. He was so proud to become a “Papa” to Laiken Danielle Byrd. Every time she came around, the light in his eyes was undeniable. He loved his “Laikey Boo” with all of his heart. Eric was an incredible husband. Eric and Diane were soulmates. The love, devotion, and passion they held for each other was evident in the way they looked at each other. Anyone who saw them together knew how deeply they were in love. They were incredibly grateful to have found one another. They let each other know each and every day how much they felt for one another.
Eric was full of life. It is said that “it is not the years in the life that matters, but the life in the years”. This applies so well to Eric. He lived life fully, lovingly, courageously. His heart was as big as his stature. He is very loved and will be missed by many. He has now received his perfect healing in heaven. He is with his Lord and is free of pain.
For those wishing to pay their respects, visitation will be held at Greenlawn East on Sunday, July 5, 2015 from 6-8 pm. The family will receive guests from 1-2 pm on Monday, July 6, 2015, with the funeral being held at 2:00 pm on Monday, July 6, 2015 at Greenlawn East.
In lieu of flowers, the family requests donations be forwarded to:
Lazarex Cancer Foundation
P.O. Box 741
Danville, CA 94526
Or online at https://lazarex.org/donate/donation-form