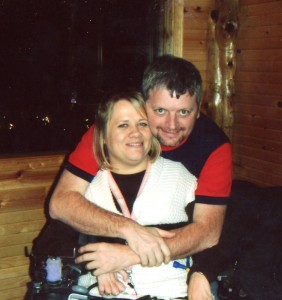 James “Jimmy” Loren Pearcy, age 47, a resident of Springfield, Missouri passed away Thursday, May 21, 2015 in Augusta, Kansas. Jimmy was born May 22, 1967 in Springfield, Missouri to James C. Pearcy and Peggy Brooks. He graduated Hillcrest High School in 1985, and was an service technician at Reliable R.V. Jimmy was a Track Champion Modified Racecar Driver. He had many interests including dirt track racing, taking long drives, working outside, and spending time with family and friends, who could always count on Jimmy for a good joke.
Jimmy is preceded in death by his father, James C. Pearcy and his brother, Rob Pearcy.
He is survived by his loving fiancé, Kristine Kliewer; his mother, Peggy Brooks; his children, Sarah Pearcy, Jordan Pearcy, Leah Pearcy, and Kobie Dog; his brothers, Shawn Pearcy, David Smith, Jeremy Smith, Larry-Lee Smith; his sister, Cindy Spellman and her husband Keith; 14 nieces; 5 nephews; and many close friends.
A visitation will be held Tuseday, May 26, 2015 from 6-8 p.m. at Greenlawn Funeral Home South. Graveside services will be held Thursday, May 28, 2015 at 10:00 a.m. at Hazelwood Cemetery in Springfield, Missouri. Memorial donations can be made at Gofundme: Jimmy Pearcy Funeral Fund http://de.gofund.me/jimmymemorial.