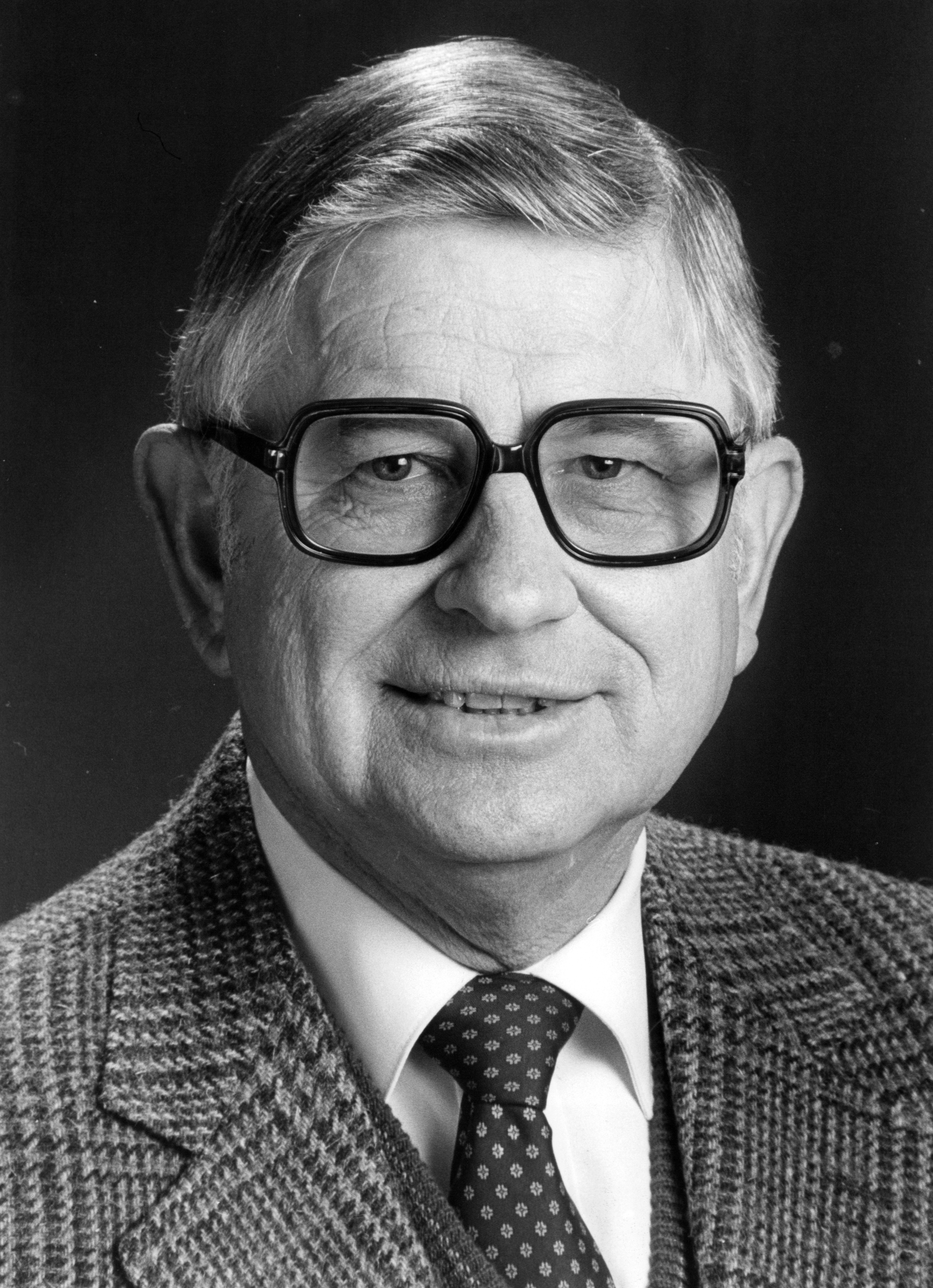 Rev. James Paul Swadley, affectionately known as Swad, was born in
Springfield, August 23, 1928 to Rev. Lynn V. Swadley and Jestina (Little) Swadley. After
attending many different rural schools, he graduated from Rogersville High School in
1946. He attended Southwest Baptist University and received his BA from Missouri
State in 1958. He later earned his Masters of Divinity from Midwestern Seminary in
1961. SBU awarded him an honorary doctorate in 1975.

He married Elizabeth (Betty) Youngblood on June 1, 1947. To this union were
added three children: John, Mark, and Susan.

Paul served two years in the United States Army including one year in Germany
during the Korean War. While in Germany, he surrendered to the ministry and
subsequently pastored four Missouri churches: Chestnut Ridge Baptist, First Baptist
Rogersville, First Baptist Richland, and South Haven Baptist in Springfield where he
retired after 25 years. Following retirement, Swad served over a dozen churches in
Missouri and Colorado as interim Pastor.

Paul preached numerous revivals and led many mission trips. Only heaven will
tell how many put their faith in Christ through his ministry. The impact of his life and
ministry is immeasurable. Without a doubt we know he was welcomed by His Lord and Savior with, “Well done good and faithful servant.”

Swad loved sports and played basketball, softball, and golf. He was a lifelong fan
of MSU basketball and St. Louis Cardinals baseball.

Because of the pandemic no formal visitation will be held but friends are invited
to pay their respects at Greenlawn South Funeral Home from noon to 5 pm on Tuesday, March 9th. A celebration of Swad’s life will be held on Wednesday, March 10th at noon at South Haven Baptist Church. The service will also be livestreamed at https://livestream.com/southhaven. In lieu of flowers donations may be made to South Haven Baptist Church care of Greenlawn South.