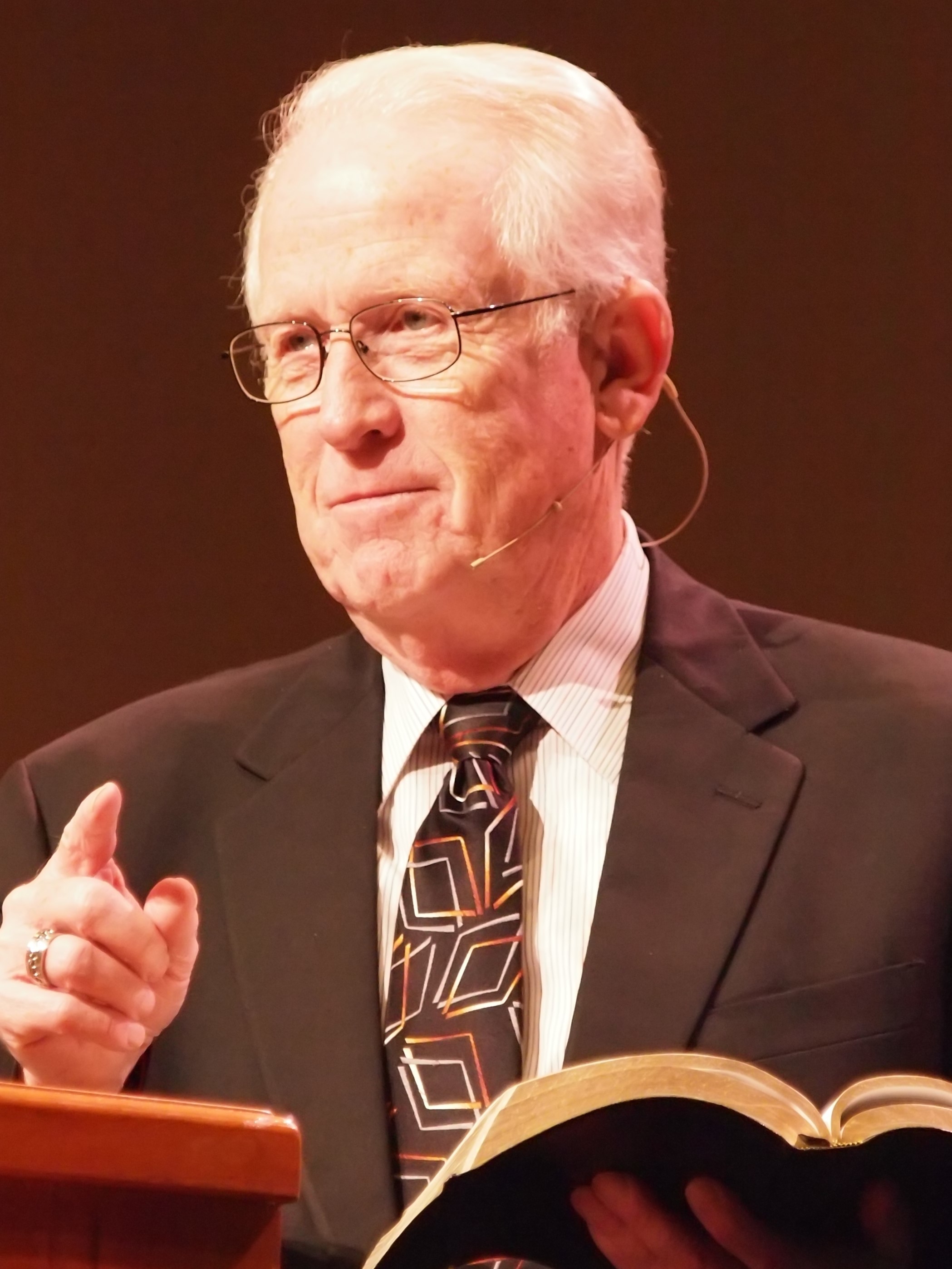 Dr. James Thomas Sewell peacefully entered into the presence of His Savior and King on Tuesday, October 2, 2018, at his home in Springfield, MO. He had been diagnosed with carcinoid cancer in 1999 and valiantly fought it for over 19 years. Depending on the audience, he was affectionately known as “Doc”, “Rip”, “Pap”, or if you go way back with him, “Jimmy Tom”. He was born in Lubbock, TX, spent his childhood in Natchez, MS, his adolescence in Tyler, TX and most of his adult life in Springfield, MO. Dr. Sewell received his Graduate of Theology from Baptist Bible College, his BA from Garland Bible College, two Master’s Degrees from Tennessee Temple University and his PhD from Bob Jones University.

Dr. Sewell’s entire ministry has been centered in Springfield, though his impact is felt around the world. He retired in 2011 from Baptist Bible College after 39 years as a revered and treasured professor of Biblical Studies. In addition to his professorship, he served 18 years as Associate Pastor of Park Crest Baptist Church, ten years as Senior Pastor of Noble Hill Baptist Church and retired from vocational ministry in 2017 as the Seniors’ Pastor of Graceway Baptist Church.

In his final months, Dr. Sewell often quoted from a poem by C.T. Studd, “Only one life, ’twill soon be past, Only what’s done for Christ will last.” He lived for the sake of the Gospel. He never met a stranger and never missed an opportunity to share his faith. He deeply loved his Savior, his wife, his children and grandchildren…in that order. He was passionate about reading and believed that everyone should excel in education. He loved to make people laugh and he cherished every moment he could to embarrass Linda Kay to a rosey red. He was a Trekkie, a science fiction nerd and a lover of all things Tolkien.

If you ever had him for class at BBC, you’ll remember such phrases as “Crispy Critters for Jesus”, “Rapture Practice”, “Rodney the Roach” and “Oscar Pewsitter.” He is known for his “Sewell-isms”…just take a glance at his social media flooded by memories of former students quoting him. Among the many were “What does the Bible say – book, chapter and verse?” and “aim at nothing, you’ll hit it every time”. Yesterday, he achieved his life’s goal, which is Matthew 25:23 “His master said to him, ‘Well done, good and faithful servant. You have been faithful over a little; I will set you over much. Enter into the joy of your master’.”

Funeral arrangements for Dr. James T. Sewell will be as follows:

Visitation will be on Friday, October 5th from 6pm to 8pm at the Greenlawn East Funeral Home, 3540 E Seminole, Springfield, MO. 65809

Funeral Services will be on Saturday, October 6th at 11am at Graceway Baptist Church, 5010 S. Farm Rd. 135, Springfield, MO 65810. The funeral will be followed by the Graveside Interment at Greenlawn Memorial Gardens, 3506 N National Avenue, Springfield, MO 65803.

For our friends around the country and around the world, the funeral service will be made available by live stream thru Facebook Live on Graceway’s Facebook page (http://facebook.com/graceway) and on Graceway’s website (http://gracewayonline.com).

In lieu of flowers, donations may be made to one of Doc’s passions, the Global Missions Fund thru Graceway Baptist Church, 5010 S. Farm Rd. 135, Springfield, MO 65810.