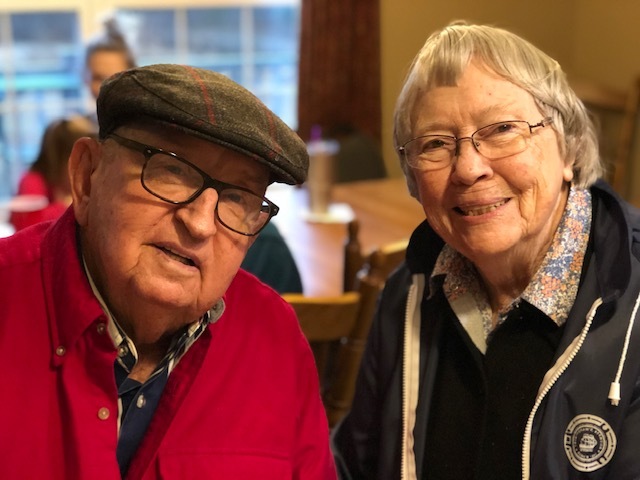 Born: Nov. 9, 1934
Death: Feb. 2, 2020
James “Pete” Waldo, was born and raised in the foothills of the Ozark Mountains in London, Arkansas. Pete graduated from Lamar High School in 1952 and was the first in his family to graduate from college with a degree in Education from College of the Ozarks in Clarksville, Arkansas. Pete also received his Master’s Degree in Education from Washington University in St. Louis, MO. Pete and Carolyn Waldo were married in 1956 recently celebrating their 63rd anniversary. Pete was an educator for 33 years coaching basketball and teaching PE and health in elementary, junior high and high school in the Ferguson-Florissant School District in St. Louis, MO. Pete was inducted into the Hall of Fame at the College of the Ozarks for his years of success in coaching basketball. After moving to Branson in 1989, Pete and Carolyn immersed themselves in volunteering with the Branson Lion’s Club, the Branson United Methodist Church and Christian Action Ministries. Pete loved to fish, travel, watch sports and spend time outside and with his family.
Survivors include their daughter Lisa Wilhelms and partner Dino Bagatelas (Denver, CO), their son Allen and wife Julie Waldo (Highlandville, MO), five grandchildren, Kelsey Mills (husband Robert), Nicole Waldo Johnson (husband Larry), Bess Wilhelms, Stephen Waldo (wife Daryan), and Owen Wilhelms. They are proud to have five great-grandchildren with two more on the way.
We love and miss you!
Donations may be made to the Branson Lion’s Club in memory of Pete.