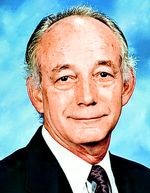 James W. Gardner Jr. passed away at age 66 on June 23, 2009 due to complications of an aortic aneurysm. Jim was born February 1, 1943 to Naomi and James Gardner, Sr. He attended Boyd, Robberson, Reed, Central and Hillcrest schools.He had been a member of Central Christian Church since infancy. Jim started his metallurgical career in the Reyco gray iron foundry on National Avenue in Springfield. He later moved to the Frisco metallurgical laboratory (which became TSL, Inc.) in Springfield where he worked while completing a Bachelors Degree in Industrial Technology at SMSU (now Missouri State University). He also became a Certified Welding Inspector with the American Welding Society. After retiring from TSL, he started Gardner Metallurgical Services and continued to work in the industry. Jim served on the executive committees of the Springfield Society of manufacturing Engineers (SME), the Ozark section of the American Welding Society (AWS) and the planning committee for the Springfield Industrial Exposition. He had served as chairman of both groups and was currently chairman of the AWS section. He also served as liaison to the SME student chapter at Ozark Technical College where he had also served as adjunct faculty for Metallurgy. On behalf of SME he served on the Scholarship Committee for MSU and OTC and the judging panel for the Ozarks Regional Science Fair and the Springfield Area Junior Achievement Competition. His advice, guidance and assistance were important to the success of each organization and reflective of his dedication to promote, preserve and improve manufacturing and manufacturing education. Jim was also an avid golfer participating in fundraising tournaments with the Joplin SME chapter and the Ozark AWS section. Jim was preceded in death by his brother, Danny. His death is mourned by his two daughters, Carrie Carr and Cathy Gardner, who he raised as a single father. He also leaves behind his parents, Jim and Naomi; sister, Becky Bell and her son, Jeff; brother, David Gardner, wife Patty and their daughter Tina Fowler; son-in-law Brad Carr, and stepdaughter, Nikki Francisco. He treasured his four grandchildren, Cayla, Carolyn, Neil and Joe as well as two great-grandchildren, Jacob and Kendall. His life was enriched by a host of aunts, uncles, friendships with cousins, and great nieces. He counted all his friends as blessings but particularly treasured his long time friends Charles Marshall, Richard Grosenbaugh and Evelyn Fisher. Last, his memory will always be treasured by his wife, Anne and her family. The family has requested that scholarship support be provided in Jim’s honor in lieu of flowers. SME scholarship donations may be forwarded to: SME chapter 321 Box 8326, Springfield Missouri 65801-8326. A celebration of Jim’s life will be held at Central Christian Church (at Washington and Division) on Sunday, June 28. Visitation will be held from 2:00 to 3:00 and the service will begin at 3:00. Jim’s kindness, generosity, integrity, sense of humor, intelligence and ingenuity will be missed by all who knew him.