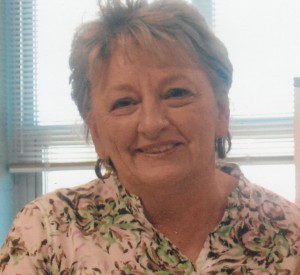 Jane Katherine Rhoades, 66, of Nixa went to be with the Lord on January 8, 2015, at home surrounded by family. Jane was born January 21, 1948 in Buffalo, NY to Lloyd and Mary Anderson. Jane retired from CoxHealth after 27 years of service and enjoyed meeting new people and traveling in her free time. Family was Jane’s passion and delight, always giving of herself to make others happy. Later in life she attended Aldersgate UMC where she accepted the Lord as her Savior. Jane is survived by her husband, Wayne Rhoades; father, Lloyd Anderson; daughters: Lisa Gardner (Everett), Lori Cantrell (Tom Silva), Melanie Cantrell (Kahly Hall); sons: Chris Rhoades (Rivers), Tim Rhoades, Jason Rhoades (Sherry); father-in-law, Hosea Rhoades; and 13 grandchildren. Jane is preceded in death by her mother, Mary Anderson; mother-in-law, Anna Rhoades. Jane requested a private funeral and burial. Memorial contributions are suggested to a cancer research charity in lieu of flowers.