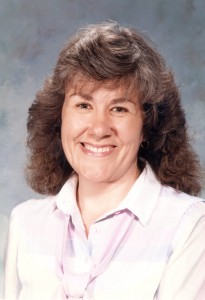 Janet Sexton Pryor was born September 27, 1944 in Kennett, Mo. She departed this life on January 21, 2015 at the age of 70. She is preceded in death by her husband, Jerry Pryor and her parents Cleo Lane and Arthur A Sexton, Jr. She is survived by her sister, Judy James and her husband Bill, her niece Lisa James and nephews Jeff James and Joshua James and two great nephews, Dakota and Ben James. She is also survived by her step son, Brad Herrera and his family of Des Moines, IA.

Janet graduated from Warrensburg Central Missouri State College with a teaching degree and received her masters from Drury College. She began teaching English and Social Studies at Butler, MO and continued her career at Rogersville, MO, Jarrett Jr High, Hillcrest High School, Hickory Hills Middle School and Carver Middle School in Springfield, MO. Janet had a passion for teaching and had an influence on many students’ lives.

After retirement, she worked at Harter House on Republic Road for ten years as a cashier. She had a wonderful smile and greeted everyone as they went through her line.

She will be greatly missed by her family and many friends. A Memorial Service will be held Monday, January 26, 2015 at 11a.m.in Greenlawn South Funeral Home, 441 W. Battlefield, Springfield, Mo. Because of Janet’s great love of her dog, Ebony, donations may be made to the Humane Society of Southwest MO, 3161 W Norton Rd., Springfield, MO 65803 in lieu of flowers.