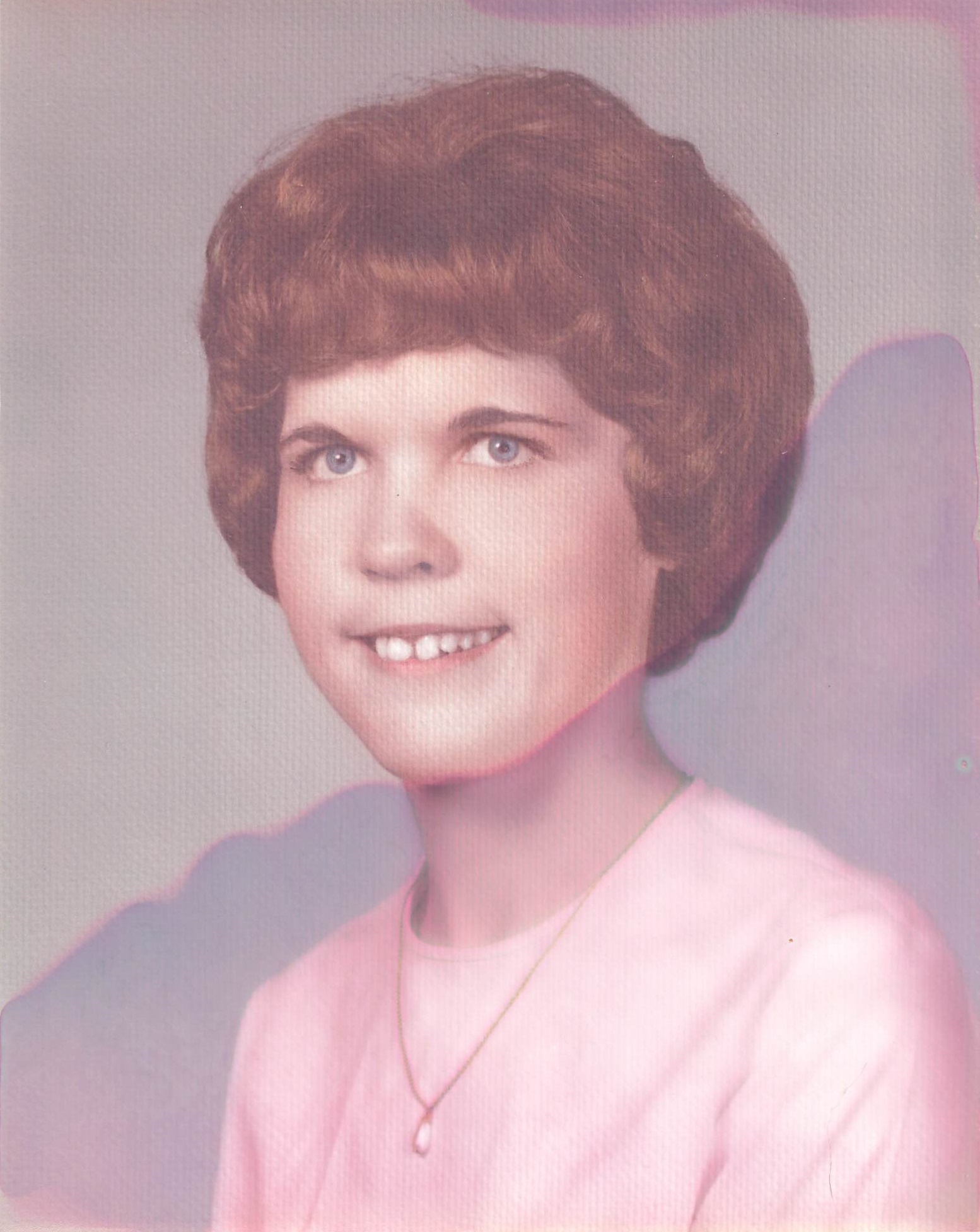 Janet Lynn Rowland, Springfield, MO, age 70, the daughter of Elda (Penninger) and Alvia Rowland, was born in Springfield on November 30, 1948. She passed away on November 25, 2019, after a short illness at Glendale Gardens where she had been residing since 2017. For 3 years, she enjoyed participating in the activities there, and eating breakfast and lunch every day with her mother.
Janet graduated from the State School for the Handicapped in 1966. After graduating, she worked at SWI Shelter Solutions for 30 years. During her employment there, one of her proudest jobs was placing the bulbs in the Christmas snowflakes that were displayed on the light posts along National Avenue during the Christmas season.
One of Janet’s hobbies was embroidering tea towels, and pillow cases. Her sister, Janice, still uses some of her tea towels today. She loved to listen to Elvis Presley, and watch John Wayne movies. Janet loved spending time with her family at her parent’s lake house on Table Rock Lake, and traveling. She went on many cruises, trips to Hawaii, and trips to visit her mother’s twin sister’s family in Oregon.
As a Christian, Janet was saved at Boulevard Baptist Church during vacation Bible school. She also attended church with her parents at High Street Baptist Church.
Janet was preceded in death by her father, Alvia Rowland, maternal grandparents Tana and Grover Penninger, her paternal grandparents Rosa and Wes Rowland and a very special uncle and aunt, Don Penninger and Alda Penninger Storey.
Janet’s survivors include her mother, Elda Penninger Rowland, sister Janice Rowland Whitney, nephew Shawn Whitney and his family, Trish, Emma, and Isabel, whom she adored. Her aunt Nancy Penninger, cousins and friends also survive her. Janet is survived by Steve Whitney, with whom she had a very special bond. He lovingly teased her, and always had a quick and funny reply that left us speechless, and laughing.
Janet has been described as honest, direct and so funny! She will be missed by many.
Graveside services will be held at Rock Prairie Cemetery on Tuesday, December 3, 2019, at 1:00 p.m. with Rev. Hubert Morris officiating.
The family wishes to thank the staff, nurses and doctors at Glendale Gardens Nursing and Rehab for compassionate and loving care of Janet.