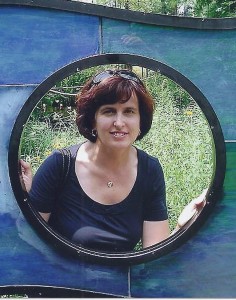 Janeta Stoyanova Lenov, aged 51, of Springfield, MO passed away into eternal rest on Tuesday, December 23, 2014 in her home, surrounded by her family. She was born on March 28, 1963 in Stara Zagora, Bulgaria to Stoyan Kolev Jelev and Iovka Jeleva Jeleva. She was united in marriage to Lenko Lenov on May 23, 1988 and was the mother of an only son, Ivan Lenov.
She was a compassionate, strong-willed, driven, and kind-hearted woman, always willing to lend a hand where it was needed. She earned a degree of Agricultural Business from Trakia University in Stara Zagora, Bulgaria in 1986. She immigrated to the United States with her immediate family in 1997. She loved to provide for her family as well as for everyone around her. She was always determined make everyone around her smile. She was a wonderful and loving mother and wife, whose radiant smile and warming laugh will always be remembered.
She is preceded in death by her parents, Stoyan Jelev and Iovka Jeleva. She is survived by her husband, Lenko Lenov, her son, Ivan Lenov, her brother, Tony Jelev, and her mother-in-law, Nedka Ivanova.
A visitation will be held at Greenlawn East Funeral Home on December 29, 2014 at 10 am and a funeral service following that, at 11 am, officiated by Father Andrew Moore.