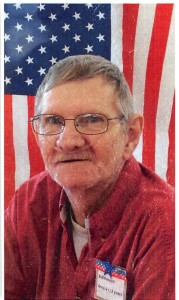 Jasper (Bud) L. Henson, Jr., age 68, of Springfield, MO, passed away Thursday, August 27, 2015 at Brookhaven Nursing Home. He was born June 7, 1947, in Springfield, MO, to Jay and Verona Henson, Sr. He served in the United States Army during the Vietnam War. Truck Driving was Bud’s passion, he enjoyed getting to performing mechanical work on his truck. The greatest love of Bud’s life was his family, especially his grandchildren.
He was preceded in death by his father, Jay Henson, Sr.; mother, Verona Hilton; one sister, Olettia Aguinaga; and one brother, Ty Henson. He is survived by one son, James Henson and Brandi Graves, Springfield; five grandchildren, Jacob, Emma, Kristopher, Megan, and Davon; one sister, Deborah Young, Springfield, MO; one brother, Dickie Martin, Warrensburg, MO; and a host of family and friends.
Graveside services will be held at 2:00 p.m., Wednesday, September 2, 2015, at Missouri Veterans Cemetery, Springfield, MO. Services have been entrusted to Greenlawn Funeral Home North, Springfield, MO.