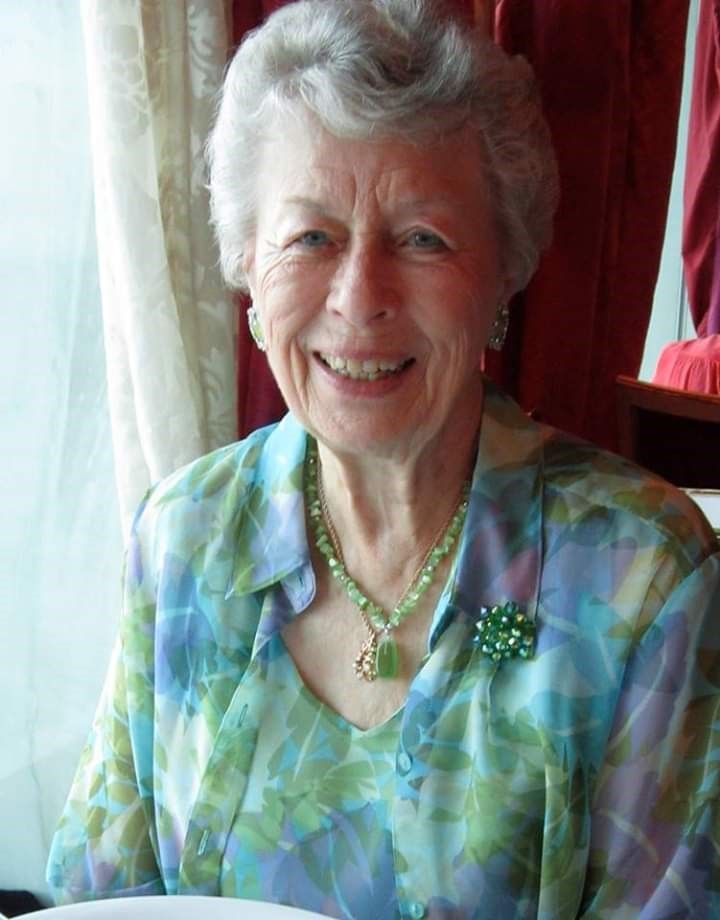 Jeanette Johanna Boonstra was born June 9, 1931 on a farm in Ringsted, Iowa. She was called Jeltje, after her mother’s mother, and her middle name was for her father’s oldest sister. Her parents, Hank and Rose Boonstra, immigrated from the Netherlands in 1924 and settled in Iowa where their son, Carl, was also born in 1925. They worked farms in Iowa and North Dakota through the Great Depression until her father’s health broke down with heart trouble and asthma, and they moved to Denver, Colorado in 1938.

They struggled to survive until at Hart’s Corner in Lakewood they were finally able to settle while they operated a store and meat market. During that time Jeanette walked a half mile every day to Bancroft Elementary School. In those days before the Supreme Court interfered a Vacation Bible School was held in the evenings at the school while Jeanette was in the fifth grade. She walked to the school each evening to attend and at one of those meetings she realized her need of salvation and received Jesus Christ as her personal Savior.

In the mid-1940s Jeanette began attending the First Baptist Church of Englewood with her brother and there she met Howard S. Patterson. She graduated from Mountaire High School in Lakewood, and then married Howard in 1953 with whom she had three sons. After being divorced, she worked as church secretary at the East Side Baptist Church, and raised her boys always making sure they were in church.

Jeanette loved life, loved the outdoors, and she loved to travel. In 1965 she took her sons to Winnepeg, Canada to meet her relatives. In 1966 they traveled to Baltimore, Maryland. In 1968 she took them to the Mesa Verde cliff dwellings in Colorado, and in 1971 she took them to Portland, Maine. At least by that time Lance was able to help her with the driving, but she always planned the greatest vacations.

In 1981 she married Al Goosman and when they retired, they bought a fifth wheel motor home and continued to travel to the tip of Baja California in Mexico, all the way to New Foundland in Canada, and to just about everywhere in between, and then on to Kenya. They moved to Fair Grove, Missouri in 1997, and to Springfield in 2013. Jeanette was always involved in church teaching Sunday school, singing in the choir, visiting and soul-winning, and in Fair Grove as a loving grandmother opening their home to Bible college students in their church.

She was a fun-loving woman with a great sense of humor, but also a hard-working woman who accepted responsibility and never took anything for granted. She had compassion for people. She loved her family, her friends, and her Lord Jesus Christ. On January 24, 2020, at the age of 88 years and six months, she crossed over the river to the Land that is Fairer than Day.

She is survived by her husband, Al Goosman, her brother, Carl Boonstra, her sons and their families, Lance and Leah Patterson, Steven and Lyn Patterson, Randall Patterson, her step-son, Kevin and Jill Goosman, and four grandchildren, Jonathan, Ethan, Hannah and Jessica.

Visitation for Jeanette will be 3:00 – 5:00 p.m. Sunday, February 2nd at Greenlawn Funeral Home East. Services will be 12:30 p.m. Monday February 3rd, in the funeral home with burial at Missouri Veterans Cemetery