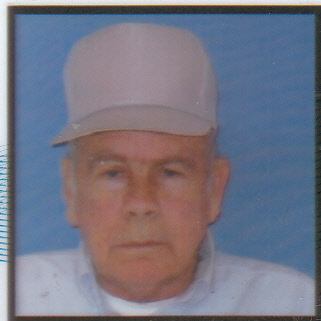 Jerry Dean Smith, 84, passed away Tuesday, April 2, 2019 at Mercy hospital in Springfield, Missouri with family attending his side. Visitation is Sunday April 7, 2019 at 4-6 p.m. at Greenlawn North in Springfield, Missouri. Graveside services at Bass Chapel Cemetery at 11:00 a.m. on Monday April 8, 2019, Highway 125, Strafford, Missouri, and laid to rest next to his wife and his sons. Following the service is a potluck picnic at Fellows Lake. Jerry Dean Smith was born December 31, 1934 at home in Springfield, Missouri a son of Leon Paul and Opal Marie (Pierce) Smith. Fellows Lake holds many special memories including a first date, picnics, fishing; Jerry proposed to the love of his life, Carol Sue Snodgrass, at Fellows Lake and they were later married on July 21, 1957, in Springfield, and to this union four children were born. They celebrated their 25th and 50th wedding anniversaries by renewing their vows with friends and family members. He was a devoted husband, father, Grampa, brother, uncle, and friend. His soft spoken tone of wisdom and helpful spirit will be missed. His courage to be self-reliant regardless of sight to the end is inspiring to those that know and love him.

Jerry Dean Smith was baptized at High Street Baptist Church along with his wife in a double baptism. They were a close couple even in passing both on Tuesday, April 2 even though they were six years apart.

During his lifetime Jerry owned Smith Construction & Sons and was known for his residential construction, framing, and finish work in the Springfield and surrounding areas. His determination for perfection was his reputation on and off the job and kept his business thriving throughout the years. When asked for a business card he would pick up a piece of scrap trim or 2”x4” at his feet and write his name and number on it and hand it to them. Jerry was a quiet giving man and when someone was in need of something he would find a way to provide and share what he had or knew to make a difference. Over the years Jerry enjoyed going golfing, camping, fishing, deer hunting, traveling, Going West to win big (he was a winner!), liked salt in his beer, playing Skip Bo, and Pinochle with his grandkids. In his younger years he rode bulls for fun, boxed, and was in the United States Army and was stationed overseas in Germany during the Cold War. Jerry, Daddy, Grampa, a great brother, uncle, friend was always there and will be truly missed, but not forgotten. Love doesn’t end because he is gone, it continues.