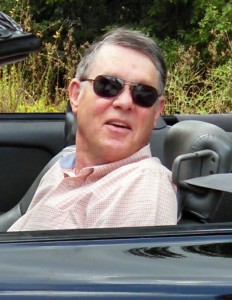 Jerry Eugene Viles, age 63, of Brighton, MO, passed away Monday, December 22, 2014, at Cox Medical Center South. He was born February 1, 1951, in Springfield, MO, to Chester and Lorene (Ashlock) Viles. He was united in marriage to Penny Andrews May 11, 1973, and to this union three children were born, Jeff, Melanie and Andrea. He was saved at the age of 10 years old at Stockton Missionary Baptist Church, and was a member and Deacon at Freedom Missionary Baptist Church. He was also a member of the Pleasant Hope Masonic Lodge # 467, and the Scottish Rite of Joplin, MO.
He was preceded in death by his parents; his mother in-law Erva Andrews; and a brother in-law Rick Walker.
He is survived by his wife of 41 years Penny Viles of Brighton, MO; three children: Jeffrey Viles and wife Kristy of Bolivar, MO, Melanie Hofstetter and husband John of Bolivar, MO, and Andrea Ihm and husband Brandon of Pleasant Hope, MO; three siblings: Vicki Walker of Aldrich, MO, Velinda Roberts and husband Glenn of Goodson, MO, and Larry Viles and wife Chris of Brighton, MO; five grandchildren: Justin Viles, Jenna Viles, Jarrett Viles, Lauren Ihm, and Avery Hofstetter; his father in-law Vernon Andrews and his wife Jan of Independence, MO; two sisters in-law: Carol Halford and husband Johnny of AZ, and Donna Flandermeyer and husband Les of Lee’s Summit, MO; a brother in-law Ron Andrews and wife Olivia of TN; as well as a host of other relatives and friends.
Funeral services will be held at 10:00 AM Saturday, December 27, 2014, at Pitts Chapel Bolivar, MO, with Elders Kip Baker and Kenny Mallard officiating. Burial will follow at Greenwood Cemetery, Bolivar, MO. Visitation will be held from 6:00 to 8:00 PM Friday, December 26, 2014, in the funeral home. Arrangements have been entrusted to Pitts Chapel Bolivar, MO.