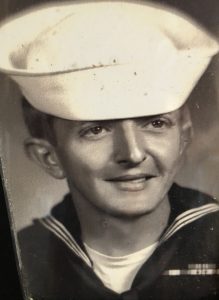 Jerry Lynn Campbell, 70, of Republic, MO passed away on Tuesday, September 6, 2016. Jerry was born on May 28, 1946 in Nevada, MO. He graduated from Pittsburg, KS High School in 1964, welding trade school in 1966 and was in the Navy from 1967-1971. After the Navy he got a job with the railroad as a signalman. He retired in 2007.
Jerry married Deborah Ann Johnson on September 9, 1967 in Ft. Scott, KS. As a hobby Jerry loved computers/technology/DOS programming.
Jerry was preceded in death by his parents, Cecil and Peggy (Hedley) Campbell. He is survived by his wife Deberoh, children, Kristi Wilson, Kimberley (Matthew) Wilkinson, Travis (Michelle) Campbell and Justin (Christina) Campbell. Grandchildren, Stephanie, Emily, Dakota, Jordan, Jacob, Hailey, Caiden, Evan, Mandi and Maci.
Visitation will be at Greenlawn Funeral Home South from 4pm to 6pm on Sunday, September 11, 2016. Services will be on Monday, September 12, 2016 at 11:30am at Greenlawn Funeral Home South with burial at 1:00pm at Missouri Veterans Cemetery.