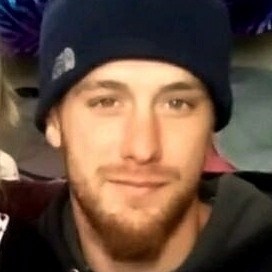 Jesse Gene Beach, 28, of Springfield, Missouri, passed away on Saturday, June 11, 2016.
Jesse was born on August 31, 1987 in Springfield, Missouri the son of Missy (Joplin) Beach and Larry Beach.
Jesse was raised in Springfield, Missouri and attended Hillcrest High School. Family and friends were the most important to Jesse, including the love of his life – daughter Venessa. Jesse was shy and made friends quickly and easily. Jesse will always be remembered for putting other people before himself. Always a very giving person, Jesse was able to save five lives through organ donation leaving a lasting legacy of his generosity.
He was preceded in death by his grandparents Mickey Joplin, Rex Beach and Serena Mitchell
He is survived by his, daughter Venessa Beach, mother Missy (Joplin) Beach, father Larry Beach, brother Dustin Beach, nephew Nohlen Beach, grandmother Kay (Burk) Joplin, all of Springfield, Missouri; brother Dean Beach of Kansas City, Missouri; many cousins, extended family and friends.
Visitation will be held at Greenlawn North, Springfield, Missouri, Saturday, June 18, 2016 from 2:00 to 4:00pm with burial to follow at Greenlawn Memorial Gardens.
Memorial contributions may be made to Greenlawn North Funeral Home to help defray funeral expenses