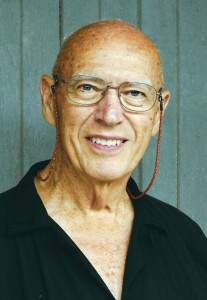 Jesse James (Jim) Meadows of Springfield, Missouri, age 78, died November 10, 2015 after a multi-year struggle with congestive heart failure, kidney illness and bone marrow illness. He will be missed by his surviving family and friends, but is now at home with his Savior, Jesus Christ. Jesse accepted Christ as his Savior at age 13 in California, where his parents, Jesse Herbert Meadows and Dollie Whitmore Meadows, both of Christian County, Missouri, had moved to during the depths of the Great Depression. He was born in 1937 and spent the first years of his life on his father and uncle’s ranch in Corona, California. When he was 13, the family left California and returned home to Bull Creek, south of Ozark, Missouri, where Jesse’s family has lived since before the Civil War. Jesse always remembered riding the train to Missouri with his family’s 3 boxcar loads of cattle. In 1957, Jesse graduated from Ozark High School and subsequently began almost 40 years of service in the Missouri National Guard. A national-award winning aviation mechanic and expert marksman, Jesse served both as a civil servant for Department of Defense and sergeant in the Guard, ending his service with the 1107th AVCRAD. He then spent 10 years working for Thermo King of Springfield. Marcia Ann (Baker) Meadows and Jesse married in 1974 and had one child, James E. (Jim) Meadows. Both Marcia, of Springfield, and Jim, of Fremont Hills, survive him, as does one sister, Doris Jayne Meadows of Springfield. He is also survived by his two grandchildren, Abigail and Nathan, and his daughter-in-law, Cristy. He was preceded in death by a his sister Dora Woods. Jesse was passionate about his church, South Haven Baptist, spending countless hours up until his final years driving and tinkering with its buses, going on men’s building trips and serving as a deacon. His other interested included flying and firearms. Services for Jesse will be held at Greenlawn Funeral Home East in Springfield at 10:00 A.M. Friday, November 13, 2015 with interment at Hopedale Cemetery in Ozark to follow. Visitation will be from 6:00 to 8:00 P.M. Thursday, November 12, 2015 in the funeral home.
In lieu of flowers, as Jesse really didn’t care for flowers, mourners are encouraged to contribute to the Missions Fund of South Haven Baptist Church in Springfield, Missouri.