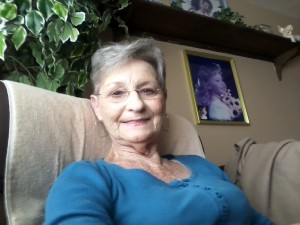 On the morning of February 26, 2015, Jessie passed away at her home in Springfield, Missouri after a long illness. Jessie was born on December 28, 1941, in Springfield to Alford and Lyvina Longwell. Jessie was a loving mother, grandmother, great-grandmother, and sister. She was very strong, outgoing, independent, fun and loving woman. Her greatest joys were spending time with family indoors and outdoors and playing bingo. Surviving Jessie are her son Cliff and wife Karla Pepper; granddaughter Jessica; great-grandsons Easton and Lane; sisters Janis and Naomi; brother Eugene and running buddy Vickie. The remembrance service for Jessie will be Wednesday, March 4, 2015, at 6:00pm, at Greenlawn Funeral Home North. Flowers may be sent to the funeral home or donations to the family to defray medical expenses may be given.