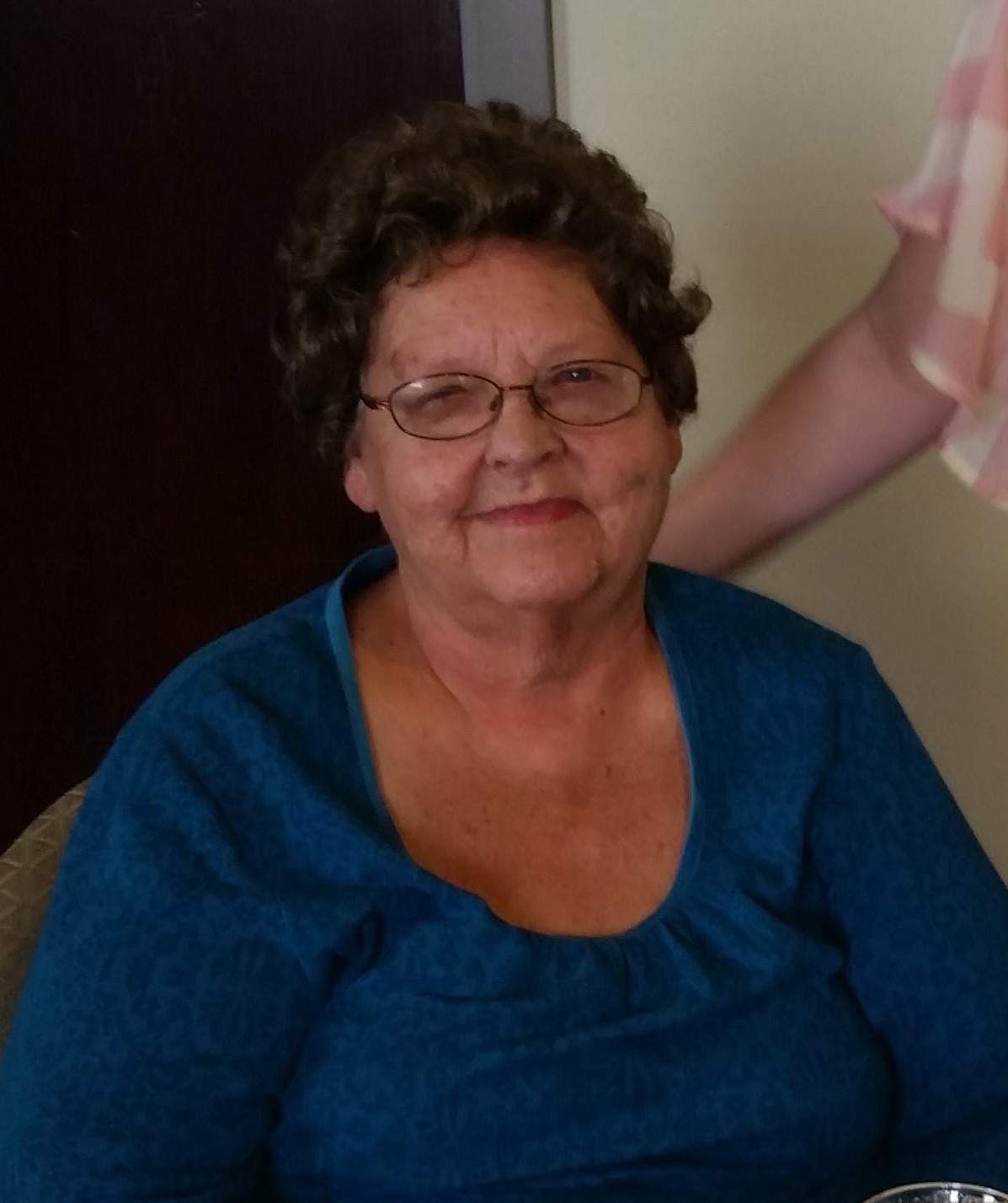 Mrs. Joanne Anderson, age 82 of Morrisville, MO, passed away Wednesday, August 15, 2018, at Mercy Hospital Springfield, MO. She was born November 28, 1935, in Cassville, MO, to Guy and Tressa Helen (Peterson) Reams. She was united in marriage to Carl Anderson June 12, 1959, and to this union five children were born. She is a member of the First Baptist Church Morrisville. She worked in the voting polls for many years.
She is preceded in death by her parents; two sons: twin boys Terry and Gary Anderson; one sister Dorothy Rickman; and two brothers: Ronnie and Kenneth Reams.
She is survived by her husband of 59 years Carl Anderson of the home; three daughters: Shirley Carman of Morrisville, MO, Carol Johnson of Springfield, MO, and Leslie Anderson and fiancé Jeff Silvernail of Kirksville, MO; five grandchildren: Lori Looney and husband Lance of Mt. Vernon, MO, Brad Painter of Marionville, MO, Kim Carman of Bolivar, MO, Andy Anderson, and Courtney; eight great grandchildren: Austin, Dayton, Dayna, Taylor, Harper, McKendree, Tobe, Anna; one brother Bob Reams and his wife Ann of Lee’s Summit, MO; as well as many other relatives and friends.
Funeral services will be held at 2:00 PM Sunday, August 19, 2018, at Pitts Chapel. Burial will follow at Morrisville Cemetery. Visitation will be held Saturday, August 18, 2018, from 5:00 to 7:00 PM in the funeral home. Online condolences may be made at: www.greenlawnfuneralhome.com. Memorial contributions may be made to the American Diabetes Association. Arrangements have been entrusted to Pitts Chapel Bolivar, MO.