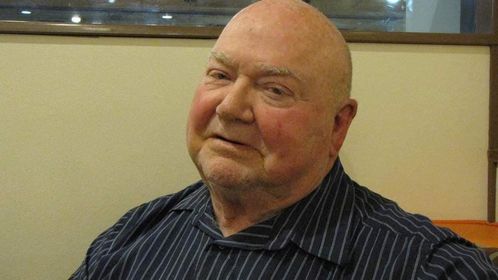 A private interment with full military honors will be held at the Missouri Veterans Cemetery at a later date.

Jock was born March 16, 1940 in Webster Groves, Missouri. After graduating from Webster Groves High School, he went on to enlist in the United States Air Force in 1960. In 1965, while stationed at Whiteman Air Force Base, he met on a blind date a co-ed from nearby Central Missouri State University, Mary Louise Cahow. Jock and Louise went on to raise two children in the Air Force, being stationed in Canada, California and Florida. In August of this year they celebrated 55 years of marriage.

Jock retired after serving his country for twenty years and returned his family to Missouri. He finished his degree in accounting in 1982 at Southwest Missouri State University (now Missouri State University) and shortly thereafter became a Certified Public Accountant. His second career as a CPA spanned 26 years and he retired in 2008 from Springfield Accounting Service. His years of retirement were spent traveling the country visiting many of the National Parks and other historic sites as well as doting on his many nieces, nephews, and ‘adopted’ grandchildren. He was an active member of Ridgecrest Baptist Church, Gideon’s International and a volunteer at the Pregnancy Crisis Center. A life-long St. Louis Cardinals fan, he enjoyed going to both major league and minor league games, was a collector of stamps and baseball cards and an avid reader of history.

We are blessed to know today he has joined his father John David Mourton, his mother Jeanne Ohnimous and his step-mother Gloria Mourton, as well as his brothers Bruce Mourton and Seth Mourton, in their heavenly resting place.

Visitation will be on Friday, October 30, 2020, 5-8 p.m. at Greenlawn South Funeral Home , 441 West Battlefield, Springfield, Missouri and a service will be held on Saturday October 31,2020 at 10:00 a.m. also at Greenlawn South Funeral Home. He will be interred at Missouri Veteran’s Cemetery. In lieu of flowers, the family respectfully requests memorial donations be made to the Parkinson’s Foundation www.parkinsons.org or the Gideon’s International www.gideons.org.

A private interment with full military honors will be held at the Missouri Veterans Cemetery at a later date.