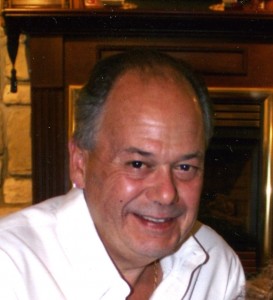 A Celebration of Life Service for John Edward Pulliam age 57 of Reeds Spring, Missouri will be held at 11:00 AM, Saturday, March 21, 2015 at Greenlawn Funeral Home in Branson with Rev. Bill Rice officiating. Burial will be at a late date.
He died March 18, 2015 at his home in Reeds Spring, Missouri.
He was born on September 16, 1957 in Chillicothe, Missouri the son of Harold Dean and Frances Nadine Rains Pulliam. He had been a resident of the area for over twenty years and was a service director for Don Wessel Honda in Springfield, Missouri for thirty two years.
Survivors are his wife Nancy Rice Pulliam of the home, a daughter, Natalie McNish of Rogersville, Missouri, three step-children, Lance Burk of Wheelerville, Mo, Joey Burk of Galena, Mo., and Shae Graves of Crane, Mo., five brothers, David Pulliam of Lampe, Rick Pulliam of Kimberling City, Greg Pulliam and Paul Pulliam both of Springfield, Mo., and Mark Pulliam of Columbia, Mo., two sisters, Mary Gregory of Kimberling City, and Carolyn Sundermeier of Omaha, Nebraska. Two grandchildren, Davin McNish and Avery McNish, seven step-grandchildren and four step great grandchildren. He was preceded in death by his parents, and one brother Bob Pulliam.
Memorial contributions are suggested to the St. Jude Children’s Hospital.