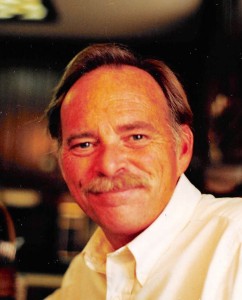 John Robert Davidson, 65, of Willard, MO. On the evening of November 21st, 2014, John Robert Davidson, passed away peacefully at Select Hospital in Springfield, MO after a long struggle with COPD. John was surrounded and comforted by his loved ones at the time of his passing. John was born in Denver, CO on October 12th, 1949. He was the second child of the late June Sylvia Eva and David John Davidson. John was a loving husband and father who devoted himself to his family. He retired from City Utilities of Springfield, MO in 2008 after working there 30 years.
He is survived by his wife Tomi Davidson, his daughter Tanya Marion and son-in-law John Marion, his son John M. Davidson, his daughter Ashley Davidson, his step-daughter Kirsten Jones, step-son Elias Bransome, step-daughter Fatima Thomas and son- in- law Eddie Thomas, his 12 grandchildren, and his brother David Davidson.
Visitation will be Tuesday, November 25, 2014 from 12:00 p.m. until service time at 1:00 p.m. at Greenlawn Funeral Home East, Springfield, MO. Burial will be at White Chapel Memorial Gardens following the services.
In lieu of flowers please make donations to Children’s Trust Fund (Missouri’s Foundation for Child Abuse Prevention) www.ctf4kids.org
There will be a Celebration of his Life Festivities planned at a later date to be announced.