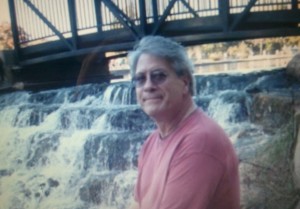 Tim Stites, 52, passed away Sunday, December 28, 2014.
Tim was born April 16, 1962 in Springfield, MO to Joseph D. and Roberta L. Stites. He graduated with the class of 1980 at Kickapoo High School, and then entered into the U.S. Army. He served 3 years as a Medic before being honorably discharged. Following his active military service, Tim served in the Missouri National Guard Reserve for 12 years. While in the National Guard, he received training as an L.P.N. at Graff Vocational Technical Center, and graduated in 1985. He worked as an L.P.N. for several years, then continued his education to attain his R.N. license in 2006. He loved the nursing profession, and had a gift for caring for the elderly.

Tim also loved the outdoors and spent many hours hunting, fishing and camping. He was also a huge St. Louis Cardinals fan and enjoyed watching their games.

Tim was preceded in death by his parents and grandparents. Those who survive to mourn his loss include his children, Lance and Claire; his brother Kim and sister-in-law Carrie; his sister Tanya and her partner Lisa; his significant other, Wanda Peak; and many other friends and relatives.

The body has been cremated, and Tim’s remains will be buried at a later date next to his parents at a family cemetery near Edgar Springs, Missouri. A celebration of his life is also being planned for April 2015, at Sequiota Park in Springfield, MO. For further information, please contact one of the family members.

In lieu of flowers, memorials to the children can be sent to them in care of the funeral home. Services have been entrusted in Greenlawn Funeral Home South.