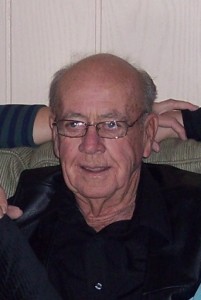 John Ward Lease, 76, went to be with his Heavenly Father on May 14, 2016. John was born in Belle, MO on January 31, 1940. He was the only son of Herbert and Velora Lease.
He was previously married to Evelyn Hartman and had one daughter Cindy. He later married Willie Reeder and together they had Shannon Mayhew and Charity Lease. John worked 33 years for the Frisco Railroad, 31 of those as an Engineer.
John is preceded in death by his wife, Willie and oldest daughter Cindy Burris. He leaves to mourn his passing, a son Shannon Mayhew, a daughter Charity Lease, four sisters; Sally Cooley of Mt View, MO, Emma Powell, Alice Smith and Cathy Lease all of Springdale, AR, three grandchildren; Kody and Dylan Mayhew and Ashlea Gray all of Bolivar, MO and three great grandchildren.
Visitation will be Thursday, May 19, 2016 from 6-8 pm at Greenlawn Funeral Home North. Funeral services will be Friday, May 20, 2016 at 1:00 pm in the funeral home. Burial will follow at Greenlawn Memorial Gardens. In lieu of flowers memorial donations may be made to the American Lung Association.