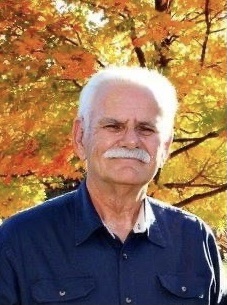 Born an Arkansas farm boy on June 21, 1952 in the town of Forrest City, Johnny “Keith” Beasley, graduated to heaven at 2:17 AM on March 6, 2021. Keith leaves a legacy of friendship and love. He was a Believer, husband, father, papaw, brother, and friend to many. Although born an Arkansas native he became a Missouri transplant in 2002 where he lived with his wife in Nixa, Missouri.

Keith was known as an avid hunter and outdoorsman who loved spending time outdoors in God’s creation. When not in the woods or on the lake you could find him watching a NASCAR race, an old Western, or simply being at home.

Keith leaves a legacy of family first. He was married to his bride, Sonya Beasley, for 43 years. Through thick and thin they stood by each others side and honored their marriage vows until death do we part. Together they raised their only child, Jonica Hope. Jonica and her father enjoyed a close father and daughter relationship and grew even closer through the years. In 2003 Jonica married the love of her life, Michael Hope who was his favorite (and only) son-in-law! Together they blessed him with his two cherished grandchildren, Abigail and John Michael Hope. One of his favorite activities was teaching his granddaughter how to shoot and his grandson how to cast a rod and tell a good joke.
Keith is also survived by his two older siblings, Frances Pike and Lamar Beasley of Marion, AR. His sister was his greatest fan and his brother was his cheerleader. Despite the age difference, they remained extremely close until his departure from this earth. He also leaves behind his niece Sharon Beasley and a great niece Sarah Estrada whom he loved.

Keith always had a good joke ready to tell and was known as the man full of useless information. Keith retired in 2019 from Bullseye Convenience Store where he served as the store manager for almost 20 years. He was known as “Mr. Bullseye” by all of his customers who would drop in just to chat with him in the mornings on their way to work. Prior to that he worked for the same company in a different division finally serving almost 30 years. Not only was he a trusted employee, he was also a beloved friend to many in the company.

Keith was known as loyal friend and confidant to many. Most of his lifelong friendships go all the way back to his school days. Those same men became his fishing buddies and hunting buddies who have spent many hours with him through the years doing what they loved. The stories they tell and the memories they share will be held dear my many for decades to come.

Although he lost his battle with his earthy body he was completely healed and will finish his retirement in Heaven with our Savior, Jesus Christ. Although God had completed his mansion, he is greatly missed and will never be replaced. Believer, husband, father, papaw, brother and friend, that was Keith Beasley.