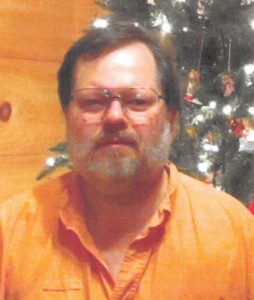 Joseph Dean Edson of Seymour, Mo., was born January 18, 1964, and entered into the paradise of God on March 9, 2016, after a lengthy battle with cancer, at the age of fifty-two years. He was the eldest son of Gerald Duane Edson and Vera Marie Kimrey-Edson. He spent his early years in Brunswick, Missouri, where he attended elementary and junior high school. The family moved to Branson, Missouri, in 1979, at which time he entered Branson High School, from which he graduated in 1982.

After high school graduation Joey entered college at the University of Missouri at Rolla, and later transferred to Missouri State University in Springfield. He graduated in 1987 with a degree in Engineering Physics. While in his senior year of college he worked as an intern at Dayco Rubber Company in Springfield as a software developer. After graduation he became a full-time employee at Dayco as a test engineer. Even though the company changed hands several times, he remained with the company until the time of his death.

Joey was baptized into membership of the Reorganized Church of Jesus Christ of Latter Day Saints at the age of eight years and was ordained to the office of Aaronic Priest in that church in his late teens. He remained faithful to the Gospel of Jesus all of his life.

Joey had a strong interest in things mechanical and electronic. He held an amateur radio license since 1981 with the call sign of KAØJUN. As a radio operator he participated in several public events by assisting with communications.

Joey and Christina Gail Hamilton were married on June 21, 1997. They have one son, Stephen Joseph. He leaves behind his wife, Chris, his son, Stephen, of the home in Seymour, his parents, Gerald and Vera Edson of Branson, one sister, Kim Edson of Marshfield, Missouri, two brothers – Roger Edson and Jared Edson, both of Marshfield – one nephew, Avery Edson, of Marshfield, and many other family members and friends.

The family suggests memorial contributions be made to your local volunteer fire department or the Nazarene Fund at www.now.MercuryOne.org.