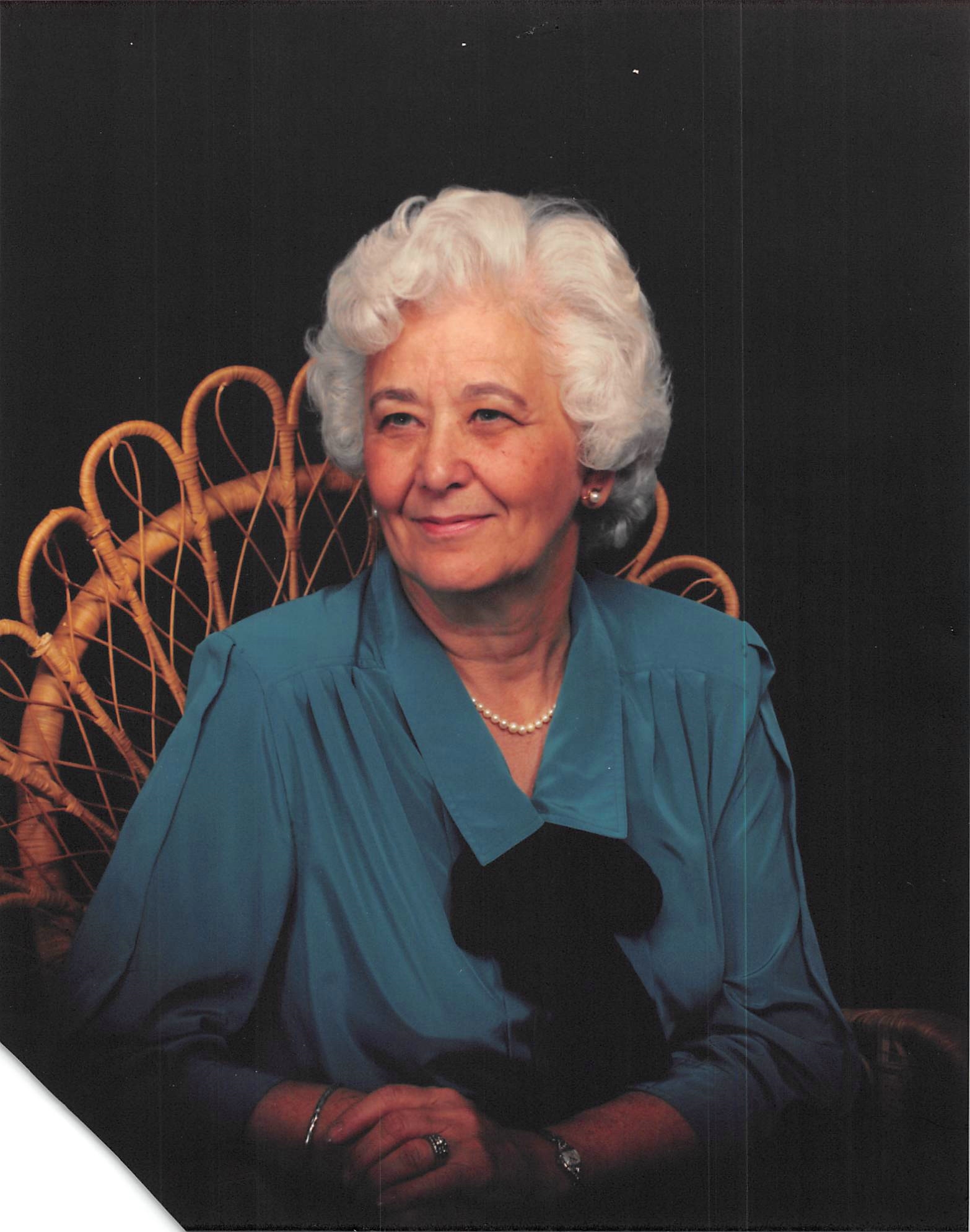 Juanita (Tillie) Mayhall died in her home on February 17, 2019. She was the second of three children born to Eugene and Norma Fulgham. Prior to starting school, the family moved around a lot but in 1932 they moved and stayed in Birmingham. She attended Phillips High School where she met her future husband Ernest (Jack) Mayhall. They married in 1949 after Jack returned from his tour in Italy. They moved to Memphis where they had two children. After Memphis, the Frisco RR transferred them to Amory, Overland Park and Tulsa. In 1965 Jack left the Frisco and they moved to Springfield. Tillie was a stay at home mom, enjoying her time with PTAs and being a Scout Mom. After Jack died, she volunteered in the ER at Cox and participated in the MLK circle at Wesley UMC. Tillie enjoyed sewing, knitting, and embroidering quilts for cribs and beds. She was preceded in death by her husband Jack, her son Michael, grandson Jack Dalton Mayhall, and her brother Charles. Survivors include daughter Nancy, grandchildren Caleb (Amber) Mayhall, Molly (Bill) Vandervoort, great grandson Hans Vandervoort and her brother Gene. Visitation for Tillie Mayhall will be held on Thursday, February 21 at Greenlawn South from 1-2 pm, there will be a private family burial on a later date. Memorial donations may be made in Tillie's name to St. Jude Children's Research Hospital.