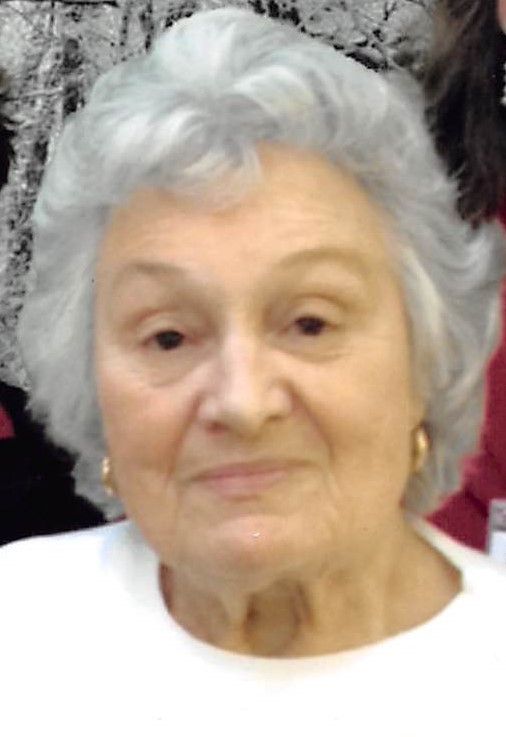 Juanita June Sumner
Affectionately known as “June Bug”
After a full life of 86 years, Springfield resident Juanita June “June Bug” Sumner was taken home Sunday, April 7, 2019, escaping from the memory-robbing effects of Alzheimer’s Disease.
June was born July 27, 1932 to Elmer and Nellie Hoffman in Lookout, Oklahoma. While a teen, June’s family moved to Lebanon, MO where she graduated from Lebanon High School. She married Robert Sumner on May 12, 1950.
“Bob” preceded her in death November 10, 1977.
Also preceding her in death was her sister Mary Lou Thornbury and a special friend since high school, Harold Varble of Lebanon.
Bob and June had two daughters who survive, Teresa Hall and husband Lloyd Benson of Springfield, MO, Barbara Stark and husband Vernor of Fremont Hills.
Grandma June is also survived by granddaughter Tammy Hall, with whom she enjoyed a special relationship and one brother Lloyd “Jack” Hoffman and wife Shelly of Perry, GA.
Other survivors include: step-grandson, Aaron Benson, who in recent months provided special love and care to June; step-granddaughter Becky Stark; step-grandson Darby Benson; step-great-granddaughters Breanna, Devan, Rachel and Elise; step-great-grandson Brandon; special sister-in-law Norma Sumner, many nieces and nephews including Gary Thornbury, who called regularly to check on his Aunt June; step-grand-nephew Jake Shetler, with whom she delighted in spending time; and special friend Jane Gittinger, who is fighting her own health issues.
The family sends special thanks to a host of caregivers from Lakewood Assisted Living and The Arbors of Lakewood, who loved June and walked beside us as June’s disease progressed. On April 21, June would have been a resident of Lakewood four years. June enjoyed all the planned activities at Lakewood, as she herself had worked many years as an activity director in a local resident care facility. Thanks also to the staff members of Intrepid Hospice, who helped during the last 10 months.
Funeral services will be at 10:00 AM Thursday, April 11, 2019 at Greenlawn Funeral Home East, 3540 E. Seminole, Springfield, Missouri.
Private family burial will be at Mount Rose Memorial Park, Lebanon, Missouri.
We ask that you support the Alzheimer’s Association to find a cure for this disease which effects so many.