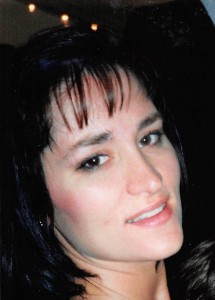 Julie C Owens, 47, of Springfield, MO, passed away on Sunday, January 3, 2016 in Mercy Hospital. She was born on May 22, 1968 in Independence, MO. She graduated from Kickapoo High School and a graduate from Missouri State.
Julie was preceded in death by her grandparents: James and Faye Long, Ray and Ialeen Scott. She is survived by her parents, Dick and Brenda Scott, a son Josh Owens and wife Angela and their children, and a daughter Shelby Scott, brother Kerry Scott and wife Briedi, sister Serena Peterson and husband Steve Peterson, three nieces Taylor Scott, Grace Scott and Savannah Peterson; two nephews, Jake Peterson and Ryan Peterson.
A graveside service for Julie will be held in Brookline Cemetery with immediate family only. In lieu of flowers the family request memorial donations to be made to Dick and Brenda Scott to further Julie’s children’s education. Send donations to Greenlawn Funeral Home South, 441 W Battlefield Springfield, MO. 65807