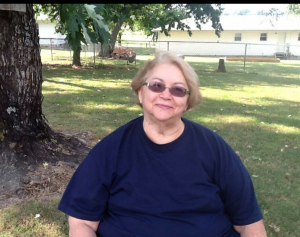 Karen Josephine Wilhite, age 66, passed away on August 24, 2015 in Mountain Home, Arkansas. She was born on April 21, 1949 in Springfield, MO to Ernest and Josephine Wilhite. After graduating from Hillcrest High School in 1967, Karen went on to college and moved to the Mountain Home, AR area where she taught school for a number of years. Changing careers, she worked for Baxter Health Labs until retirement in 2013. Karen attended Northside Assembly of God Church in Springfield and First Assembly of God in Mountain Home. Karen was preceded in death by her parents; and one sister, Luanne Wilhite Garrison. Survivors include: brother, David Wilhite; sister, Susanne Smith; niece, Michelle Ferguson and her husband Aaron and their child Rachel; niece, Kristin Ratliff and husband Josh, with their children: Katelyn, Emma, Joshua and Justus; nephew, Daniel Garrison with his daughter Kennedy; nephew, Scott Garrett and wife Abby, with their daughter Rowan; plus, many other relatives and close friends. A visitation will be held on Monday, August 31, 2015 from 6:00 to 8:00 pm at Greenlawn Funeral Home North. A Memorial service will be held at a later date. Online condolences may be made at: www.greenlawnnfuneralhome.com