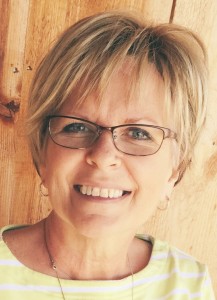 Kathy Sue Wright (Shertz), age 61 of Springfield, went to her heavenly home on August 22, 2015. She was born November 7, 1953 in Fordland, MO to Creed and Gladys Shertz (Pursley). Kathy worked for Harry Cooper Supply Company for 43 years, and was the first outside saleswoman for the company. She was loved by her customers and coworkers alike, and worked hard to achieve her success. Kathy was joined in marriage to Gary Wright on February 6, 1974. She lived for her family, and considered it her greatest achievement. She enjoyed spending time at the lake, and loved playing with her grandchildren. She is survived by her husband, and her two children, Melanie Meyer (James) of Rogersville, and Nick Wright (Allie) of Springfield, her two grandchildren, Chandler and Wyatt, a sister, Dixie Spragg, a brother, Richard Shertz, and many nieces, nephews, family, and friends. She was preceded in death by her parents, and two brothers, Don and Charles. A memorial service will be held at 10:00 at Greenlawn East on Thursday, August 27, 2015. Visitation will be from 6:00-8:00 on Wednesday, August 26.