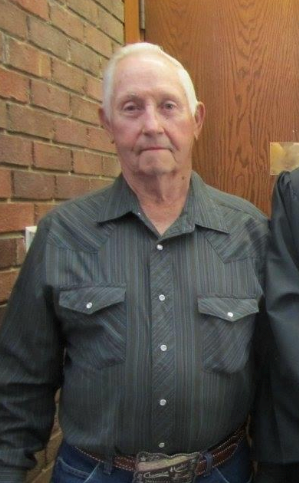 Visitation will be an open visitation where family is not expected to be present.

Keith Allen Smith, 82 of Bolivar, passed away June 19, 2020 after a short illness. He was born February 27, 1938 to Clarence and Velma (Doke) Smith. He was saved at an early age at Rose Hill Baptist Church. Keith graduated from Marion C. Early High School in 1957.

Keith was in the Army Reserves National Guard. He worked at Colonial Bakery in Springfield and at Springfield Regional Stockyards. He was united in marriage to Delcie Shough November 16, 1962. They had two daughters. In 1964 Keith and Delcie purchased Shough Furniture from her parents, T. S, and Artie Shough which they ran for 41 years before retiring and selling it to their daughter Melinda and her husband, Kevin.

Keith is preceded in death by his parents, and two brothers: Bob and Clyde Smith.

Keith is survived by his wife and two daughters; Melinda and husband Kevin Fulks, Morrisville, and Marcie Loraine Guritzky, Philadelphia, PA. His five grandchildren; Grant and Cheyenne Fulks, Seth, Simon, and Soloman Guritzky. Also survived by a sister Viola McHaffie and many nieces and nephews.

Funeral services are at 10:00 AM Wednesday, June 24th at Pitts Chapel. Burial will follow at Greenwood Cemetery Bolivar, MO.

Online condolences can be made at www.greenlawnfuneralhome.com. Arrangements have been entrusted to Pitts Chapel Bolivar, MO.

Visitation will be an open visitation where family is not expected to be present.