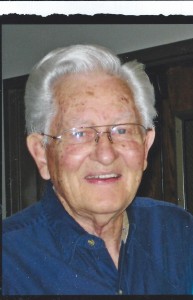 Funeral services for Kenneth E. Kooistra age 76 of Forsyth, Missouri will be held at 10:00 AM, Wednesday, September 30, 2015 at the Riverdale Baptist Church in Nixa with Pastor Jamie Bilyeu officiating. Burial will follow in the Glenn Cemetery under the direction of Greenlawn Funeral Home in Branson.
He passed away on September 25, 2015 at his home in Forsyth, Missouri.
He was born on November 15, 1938 in Rock Valley, Iowa the son of John and Fannie Kempema Kooistra. He was a graduate of the Western Christian High School in Hull, Iowa, was a charter member of the Sioux Center Lions Club, and was twice president of Iowa Association of Custodian and Assistants. He was a retired supervisor of buildings and grounds with the Sioux Center Community Schools. He was a member of the First Baptist Church in Forsyth, Missouri. He moved from Sioux Center, Iowa in 1995 to Forsyth, Missouri.
Survivors are his wife Carol Starkenburg Kooistra of the home. Two children; Kenneth Kooistra Jr and Kristi Kooistra both of Nixa, Missouri. Two brothers; Erwin Kooistra and Orville Kooistra both of Rock Valley, Iowa and one sister, Mary VanZanten of Rock Valley, Iowa. He was preceded in death by his parents and one brother, John Kooistra.
Visitation will be from 5:00 until 7:00 PM Tuesday in Greenlawn Funeral Home in Branson
Memorial contributions in lieu of flowers are suggested to the donor’s favorite charity.