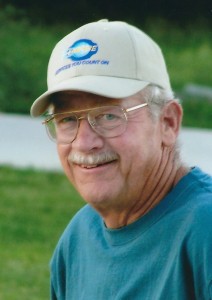 Lance Michael Bailey, 75, of Fordland, MO went to be with his Lord Saturday, July 9, 2016.
Lance was born August 31, 1940 in Joplin MO to Sye and Virginia Bailey. After graduating in 1958 from Joplin High School he joined the United States Marine Corp the very next year. While in the Marine Corp Lance married Carolyn Doran December 24, 1960. After leaving the service he became a lineman for Empire Electric and was with them for 32 years before retiring. Lance and Carolyn are members of James River Church.
Lance is survived by his wife Carolyn, his son Scott and his wife Dee, his daughter Susan Holiday and her husband Larry all of Fordland, MO; a grandson Cole Holiday and his wife Haley, three granddaughters Haven Lafferty and her husband Zach, Dana and Danielle Bailey; a great granddaughter Josie Mae Holiday; two sisters Cheryl Dawson and her husband Frank and Judy Bankson and her husband Abe and his Empire Electric Family.
Services for Lance will be at 9:30 A.M. Wednesday, July 13, 2016 at Greenlawn Funeral Home East. Interment with full military honors will follow at Missouri Veterans Cemetery. Visitation will be from 6:00 to 8:00 P.M. Tuesday, July 12, 2016 in the funeral home.
In lieu of flowers contributions may be made to Cherish Kids 6100 North 19th Street Ozark, MO 65721 or online ay www.cherishkids.org