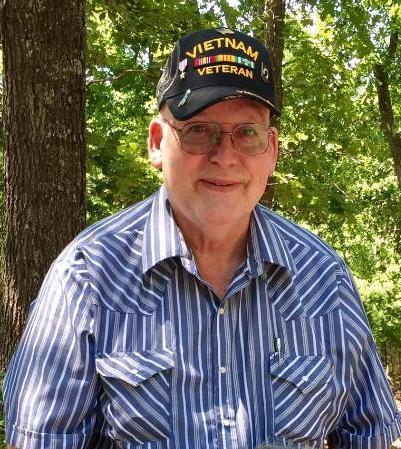 Larry B. Jacobs, 72, Nixa, Missouri departed this life October 15, 2018.
He was born February 28, 1946 at Carthage, Missouri to Kenneth Boyd and Velma Louise (Barnes) Jacobs.
Larry was a 1964 graduate of Sarcoxie High School.
Larry was an aircraft mechanic and served in other capacities, retiring as a Technical Sergeant serving from 1966-1986 in the United States Air Force.
He was later a mail carrier for the United States Postal Service in Joplin, Missouri.
He was preceded in death by his wife Sarah Jo Jacobs on June 13, 2017.
Larry is survived by one son Nathan Jacobs and wife Kala, one daughter Rachel Canady and husband Matt, a precious granddaughter, Brinley Jacobs, his adopted son from Thailand, Amnet Thy Jacobs and two sisters also survive, Carolyn Ledbetter and Deirdre Lowe.
Visitation will be held from 2:00-3:00 PM Saturday, October 20, 2018 at Greenlawn Funeral Home East with services following at 3:00 PM with Reverend Ron Franklin officiating.
Burial with full military honors will be in Missouri Veterans Cemetery, Springfield, Missouri.
In lieu of flowers, memorial donations may be made to Sarcoxie Community Foundation, Sarcoxie Veterans Memorial, PO Box 77, Sarcoxie, Missouri 64864-0077.
Arrangements are under the care and direction of Greenlawn Funeral Home East.