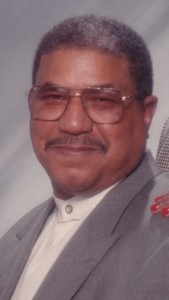 Larry Darnell Thompson, 64, passed away on Tuesday, August 18, 2015 at Hospice House of Kansas City, MO. He was born December 10, 1950 to Walter and Marjorie Thompson. He was preceded in death by his mother; father; and two brothers, Walter L. Thompson (Hazel), and Robert L. Thompson He was united in marriage to Patricia Wimbish. He is survived by his wife, Patricia Thompson; five children, Darnell Pearson, Felisha Johnson, both of Springfield, La Jan Collins (Fred), Frisco TX, La Ron Hart, McKinney, TX, and Shardai Smith (Jarvis) St. Louis; and two brothers, Donald Thompson, St. Louis and, James Thompson (Esma), Springfield. Funeral services will be at 4:00 p.m., Saturday, August 22, 2015 with visitation from 3-4 p.m at Greenlawn Funeral Home North. Burial will be in Greenlawn Memorial Gardens.