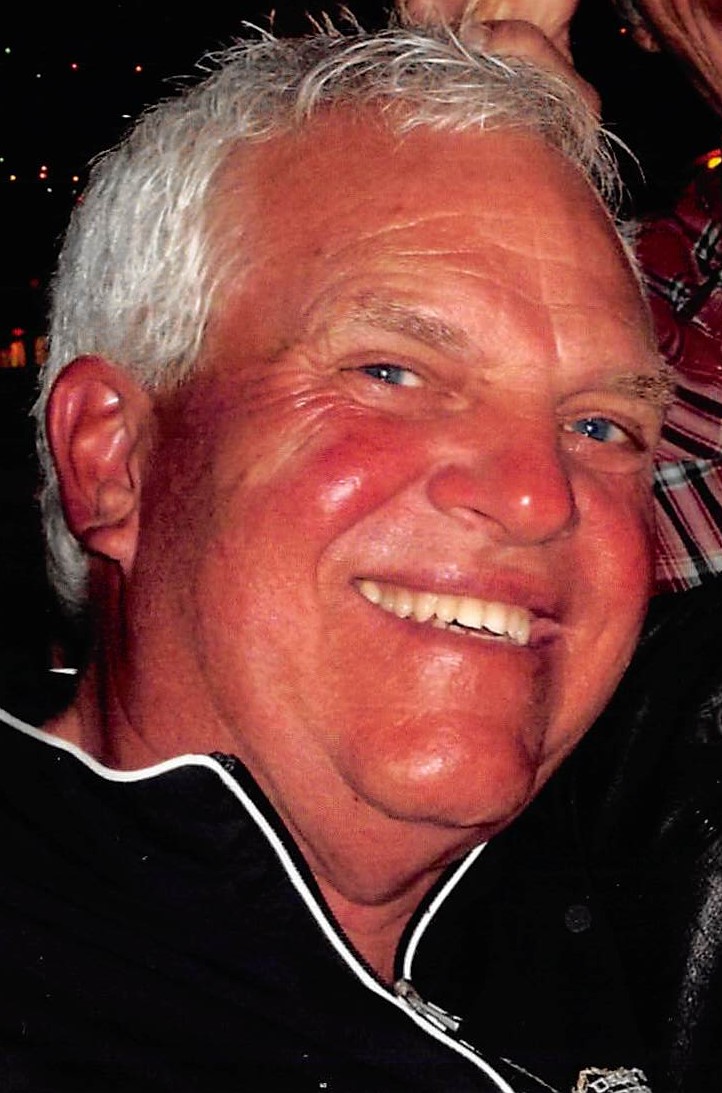 Larry Lee McFaden of Branson, Missouri passed away peacefully at his home surrounded by family members, love, and the Lord, on Tuesday morning, August 25, 2020. He fought a courageous two-month battle of heart attacks and strokes from newly discovered liver and kidney cancer. He never once complained, was always gracious to those around him, still making people laugh to the very end. He was 73 years old.

Larry Lee McFaden was born on May 14th, 1947 in Lynchburg, Virginia to Lawrence Arthur and Vivian Ercelle (McBride) McFaden. His mother passed away, after his birth, on May 15th, 1947, leaving Larry to be raised by his loving and devoted father and grandparents, Arthur J. and Emma C. (Chenault) McFaden.

Larry excelled musically from an early age, participating in various grade school and community activities. By age 13, he was already playing professionally around Lynchburg and surrounding communities plus being a disc jockey at the local radio station. His father supported his talents by taking him to all his gigs and jobs, always knowing his son was special and had a talent to share with the world. Larry continued playing locally throughout high school a mix of Rock-N-Roll, R&B, and Country music. Convinced by his cousin, Ray Pillow ( a Nashville Country recording artist and future Grand Ole Opry Member), that Larry had what it takes, Ray told him he should come to Nashville. The day he graduated from E.C. Glass High School in 1965, he picked up his diploma, said goodbye to his father, and drove to Nashville to start his career.

His first few years in Nashville, Larry landed jobs playing for Wanda Jackson, Ray Price, and Carl Smith, among others. But his most loved and cherished gig came when Mel Tillis asked him to be his bass player and bandleader with The Statesiders. This would start a life-long partnership, friendship, and brotherhood cherished by both while here on earth and now in Heaven. Ask any musician during that time and they will tell you that The Statesiders were the best-of-the-best, the most swinging group of musicians, and the craziest bunch in Country music, possibly the whole music business. The stories some of you have heard are probably the funniest you will ever hear. That band was a brotherhood that Larry cherished his whole life, as the members and others still with us can attest. Over the next decade and a half, Larry played thousands of shows and entertained millions with Mel Tillis and The Statesiders.

But life on the road is brutal and demanding at times. He was married, had a family, and wanted to get off the road and be on the “business” side of the music industry. He also wanted more time for this life-long passion for golf.

Fate, luck, whatever you call it, happened in Reno, Nevada while on tour with Mel. That’s when he saw a guy performing that blew his mind. After introducing himself and hitting it off, he convinced Lee Greenwood to move to Nashville. Larry would help start and manage Lee’s Country career. The two would go on to heights in the music business very few ever achieve. Larry would also go on to manage and produce many artists over the next decade.

In the early 1990’s, between rounds of golf, Larry ventured into the theater business. He was heavily involved in the 1990’s boom of Nashville artists coming to Branson, Missouri. Larry and Ray Stevens built a theater in Branson, and he was owner or involved in several others around town. He also lived in Myrtle Beach, South Carolina for a while and was involved with The Gatlin Brothers Theater. Moving between Nashville and the other towns while playing many, many rounds of golf were his normal until 2000, when he made Branson his permanent home.

Over the next two decades, between daily rounds of golf, he transitioned from business back to his first love, playing music with his friends. Again, he was playing and singing all the songs he loved to play through the years, the way he wanted. If you ever saw The Dysfunctional 4 or Bill & Larry around town during happy hours, you knew you were going to have fun and forget your troubles for a while.

Music was a huge part of Larry’s life, but golf was the other constant love. Throughout his life, any spare time was devoted to golf. Playing endless rounds, watching it on TV, re-watching the tape of what he had just viewed, obsessive reading of books and articles- he absolutely loved golf. He always had to live on the golf course so he could sneak in a few quick holes. The thousands of rounds he played with his friends over the many decades brought him much joy and happiness. The stories from those rounds will be forever cherished and often told by his golfing buddies.

He was also a lover of books. He was always reading 2, at times 3, books at a time and loved visiting the library over the past few years. He enjoyed biographies (no surprise there considering his interest and love of people). He also studied the Bible and perused books on religion and life. They brought him guidance and comfort in all areas of his life until the moment he passed.

How can someone who still carried a flip-phone, had no email address, no internet, and no social media be so connected with so many people? The answer is that Larry cared deeply about every one of them. He never programmed a phone number in his phone. Larry knew everyone’s number by memory. Most of us can’t remember our own numbers, but there were thousands of people’s numbers programmed in his heart and mind. Larry preferred to be around people, connect in person, and to share emotions together. Larry and his friends would laugh, love, hug, cry, and sing as one. That’s something that all of us could live and learn from him.

Larry was a person who loved people and loved to entertain them! He enjoyed life and wanted you to cherish it too. Whether it was playing and singing, telling a joke or old road story, just sitting around talking, or putting around on the golf course, Larry was always trying to make people feel happy and alive. He put his whole heart into everything he did and everyone he met. People instantly fell in love with him because he was so sincere in his love for them, albeit a life-long friend or someone he just met.

So many people have a “Larry Lee” or Larry Mac” story. Others are fortunate to have many such memories, and most agree they are some of the best of their lives. He lived a life most people hope to achieve, and did it filled with love, sincerity, dignity, maybe a little embarrassment ( wink), compassion, and always humor. Larry had a blessed spirit that touched, and was touched, by many lives. He managed to do-it-all between his rounds of golf.

We can take comfort in knowing he is now united with his Lord, his mother and father, grandparents, Mel Tillis and The Statesiders, and his friends and loved ones that passed before him. We can only imagine the joy he is experiencing! We are truly blessed, honored, and humbled to have been in his life and to have had him in ours. He will be remembered, missed, celebrated, and loved!

In lieu of flowers the family asks for “Larry Lee McFaden Memorial” donations to be made to the following organizations: The Opry Trust Fund, Taneyhills Community Library (donate on their Facebook page), Shriners Children’s Hospital, and “We Are The 22” – nonprofit to combat veteran suicide, and your local firefighters.

Services are pending, but we will keep everyone posted.